All 153 Episodes of Gilmore Girls Are Coming to Netflix

The WB/CW
By Melissa Locker

Clear your schedule and grab some snacks: starting October 1st, all seven seasons of Gilmore Girls will be available on Netflix.

Fans who used to have to catch the show in repeats on ABC Family (or watch from carefully preserved VHS box sets) can now rewatch the series from the beginning, and there will be plenty of fuel for the fire that Christopher and Logan were the right answers. (Gauntlet, thrown.)

Over the course of the show’s seven seasons, which aired from 2000 to 2006 first on The WB and then on The CW for the final season, Rory goes from public school to prep school to Yale to study journalism. While Rory grew up on the show, so did Lorelai, who went from innkeeper to inn owner, while learning how to be a mother to a teenager and a daughter to her own estranged parents. The show focused on the relationship between the Gilmore women, but there were plenty of other relationships as well, and most comments on any Gilmore Girls posts quickly devolve into debates over whether Luke or Christopher (or Digger or Max) or Dean, Jess or Logan were worthy companions.

For hesitant entrants to the Gilmore world, it’s not a treacly mother-daughter-driven soap opera — it’s one of the best shows in recent history. The show gave Melissa McCarthy her first major role, introduced us to Jared Padalecki (now saving the world on Supernatural) and Matt Czuchry (now on The Good Wife), and brought Kelly Bishop and Edward Hermann together. It also featured guest appearances from stars like Jon Hamm (way, way before he was famous), Nick Offerman, Seth MacFarlane, Sonic Youth’s Thurston Moore and Kim Gordon; Skid Row’s Sebastian Bach, too, had a reoccurring role. Adam Brody, Chad Michael Murray, Krysten Ritter, Marion Ross and even Sally Struthers were all on the show, too, just proving the show’s taste in casting was practically perfect. Plus, Gilmore Girls featured writers like Jane Espenson, who wrote for Buffy the Vampire Slayer, Battlestar Galactica and Torchwood, and is now on Once Upon A Time, and Jenji Kohan, way before Weeds or Orange is the New Black made her an almost-household name.

While fans are still pining for a Gilmore Girls movie (hey, it happened for Veronica Mars), this is the next best thing. Subscribe to Netflix, order in from Luke’s and get ready for the ultimate marathon.

Most Popular on TIME
1
Biden Picks Kamala Harris
2
Kamala Harris Is the Third Woman to Run as a Vice Presidential Candidate for a Major U.S. Party. Here's What to Know About the First
3
During the 1918 Flu Pandemic, the White House Stayed Silent 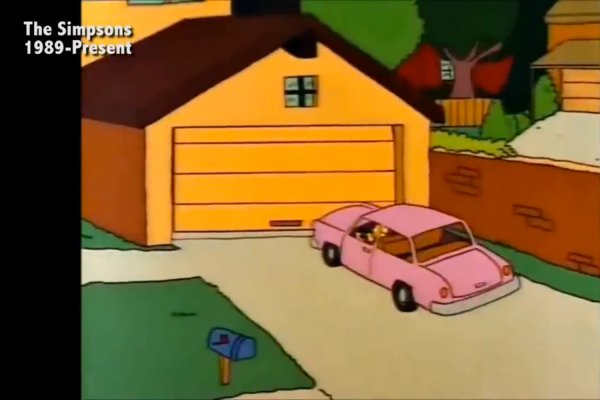 The 14 Best Television Intros of All Time
EDIT POST