The statistics of the African Development Bank are terrifying: Africa’s total installed power generation capacity is 147 gigawatts. That’s about the same amount as Belgium’s total capacity, and the equivalent of what China installs every 12 to 24 months.

To turn this around by 2030 and ensure universal electricity access, the International Energy Agency assumes a $30 billion investment would be needed, at minimum.

It would be foolish to envision a future where Africa’s energy needs are to be met by expensive conventional fossil fuels. Sadly, few intercontinental efforts to boost installed renewable energy capacity seem to be gaining traction. However, a number of countries have come to this realization. Unfortunately, they are not necessarily Africa’s dominant power generators but represent those who have set achievable renewable energy plans in motion. In these countries, the sheer magnitude of investments being made shows how importantly African governments take the challenge of making the continent energy efficient and sustainable.

Certainly, some countries have advantages. Due to the presence of the Blue Nile – one of the two major tributaries of the Nile River — 96 percent of Ethiopia’s energy comes from hydropower, but authorities have not seen this as a reason to ignore the country’s potential from other renewable sources. Over the current decade, Ethiopia is seeking to increase its supply fivefold from 2,000 megawatts (MW) to 10,000MW through renewable energy. The Grand Ethiopian Renaissance Dam across the Nile, set to be the biggest dam in Africa when it launches in 2017, will provide the bulk of that with a capacity of 6,000MW. However, Addis-Ababa’s renewables plan is remarkably well rounded, and includes wind, solar and geothermal. This is no mere paper pledge either, as leading geothermal expert Reykjavik Geothermal is on the ground to build a 1,000MW power plant, the first stage of which will open in the Rift Valley in 2018.

Kenya is Africa’s second biggest renewable energy power producer, behind Ethiopia, and presents a similar model. Hydropower powers half of Kenya and it will likely remain the continent’s foremost geothermal producer until Ethiopia opens its Rift Valley plant. Kenya is also planning Africa’s largest wind farm — a 300MW project to be built by the Lake Turkana Wind Power Construction. Should the project come to fruition, it will be Kenya’s largest-ever foreign investment, no mean feat for one of Africa’s most investment-friendly economies. Kenya also struck out from the pack by understanding the role financial services must play in any steady renewable energy plan and launching Africa’s first carbon trading platform in 2011.

Algeria has chosen a different tack than its sub-Saharan colleagues. In setting its own renewables plan, Algeria is seeking to become an energy exporter off the back of its solar potential. In 2011, it announced plans to install 22GW by 2030 with the goal of keeping 12GW for internal consumption and exporting 10GW. Rather than focusing on one massive project like Ethiopia or Kenya are, Algeria envisioned this capacity being spread across a myriad of smaller plants. This would largely be done with Chinese involvement, including Yingli Solar, which won a bid in December 2013 for the first 400MW tranche of 1.2GW solar plant. With instability in the region rising, it remains to be seen whether Algeria’s medium-term plans come to fruition, but its energy export ambitions are a wonderful example of the continent’s potential.

These examples are positive, but not every African country has a major river or serious interest from foreign investors. Many of the continent’s smaller economies, even trusted democracies like Botswana, are dependent on importing most of their power. But this should not stop them from taking active steps to halt this dependence.

Botswana has imported 80 percent of its electricity on average in recent years, but this country of 2 million has a program devoted to electrifying rural areas through renewables, has implemented renewable energy feed-in tariffs to stimulate investment, and used funds from the World Bank to fully investigate its concentrated solar power potential.

Efforts like these will hopefully serve as a clarion call to other African nations to explore their options for developing renewable energy sources, and to foreign investors about opportunities in this sector. Africa’s smaller countries cannot wait indefinitely for outside help: their energy future is in their own hands. 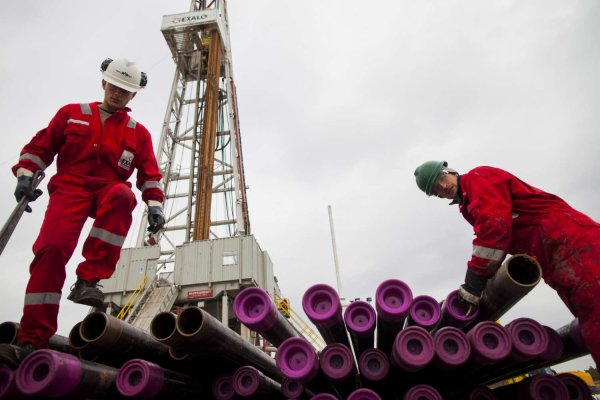 Europe Needs A New Source of Oil and Gas, Fast
Next Up: Editor's Pick