US President Barack Obama (R) talks with Speaker of the House, John Boehner, R-Ohio, during a meeting with the bipartisan, bicameral leadership of Congress in the Oval Office of the White House in Washington on Sept. 9, 2014.
Jim Watson—AFP/Getty Images
By Alex Rogers

House Republicans indicated Thursday morning that they would support President Barack Obama’s strategy to defeat Islamist militants in Iraq and Syria, despite misgivings that he hasn’t laid out enough detail about his plans.

“At this point in time it’s important that we give the President what he’s asking for,” House Speaker John Boehner told reporters.

Boehner said he supports the President’s request to arm and equip the Syrian rebels, but he ripped Obama for not including “all that we can do” to defeat the terrorist threat from the militant group Islamic State of Iraq and Greater Syria (ISIS).

“A F-16 is not a strategy,” Boehner said. “Air strikes alone will not accomplish what we’re trying to accomplish. And the President has made clear that he doesn’t want U.S. boots on the ground. Well somebody’s boots have to be on the ground. … I would never tell the enemy what I was willing or unwilling to do.”

Boehner’s comments followed supportive remarks from other members of his Republican conference earlier in the day, giving Obama rare congressional support as the midterm elections approach.

“I think the vast majority of us understand that we need to get this done,” Rep. Adam Kinzinger (R-Ill.) said. “You can’t have 535 commanders in chief. It may not be the perfect plan, it may not be everything you want, but you either have to vote against doing anything or you have to support the Commander-in-Chief in this case. Partisanship has to go out the window when it comes to defending our country.”

“I’m willing to support the president’s strategy and giving him the authorization he wants and the money he wants to try to see if this plan will work,” said Rep. Steve Stivers (R-Ohio), who added that “most” of the House Republican conference would support the President. “It’s worth a shot.”

The conference has yet to figure out the way in which it would authorize the President’s plan, which includes new air strikes in Syria and expanded efforts to train and equip the Syrian rebels. The quickest method would be to attach a provision to a short-term government funding bill that needs to pass by the end of the month to avert a government shutdown. Rep. Mike Rogers (R-Ala.) said Thursday that the House would employ this method to vote on the President’s plan next week.

Obama has said he already has the executive authority to act without congressional support but that he would “welcome” it as a show of American unity. 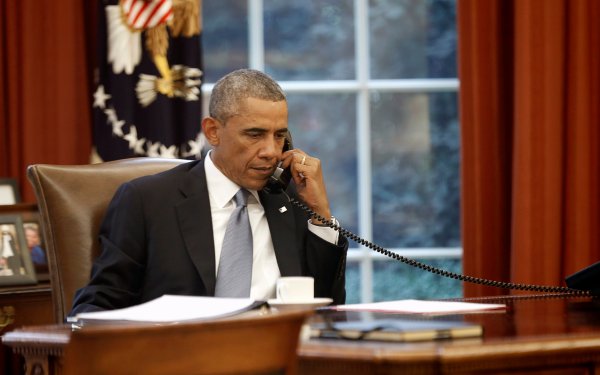