When China took Hong Kong back from Britain in 1997, the leaders in Beijing labeled their reclaimed possession an “economic city.” They weren’t just referring to Hong Kong’s high-octane penchant and talent for making and spending money. They meant, too, that Hong Kong’s citizens should concentrate quietly on their livelihoods. Yet today, Hong Kong, a financial hub and largely open society, is one of the most politicized and polarized places in China. Despite its business-as-usual veneer, the territory is tense, fragmented and unsure.

Beijing is, above all, responsible for this transformation. The latest trigger: the Chinese leadership’s Aug. 31 ruling on the next election, set for 2017, of Hong Kong’s head of government, who is called the chief executive (CE). While the CE would for the first time be chosen by the voting public instead of the current narrow 1,200-member election committee, Beijing set suffocating conditions for the ballot. A likely facsimile of the committee—dominated by the conservative, pro-China establishment—would vet candidates beforehand. Nominees would need at least 50% of the group’s support to make the cut. And only three candidates at most would be allowed to run.

Backers of the scheme say it heralds progress and represents a historic step for Hong Kong as well as China. Critics say it’s a sham designed to exclude anyone in Beijing’s bad books.

Because Hong Kong is wired into the global economy, what happens to it matters to the rest of the world. The CE is essentially just a big-city mayor, but how he or she is chosen frames how free Hong Kong remains within China. In theory, the territory has a special “one country, two systems” status under which it exercises a fair bit of autonomy and retains its liberties and way of life. In practice, Beijing is applying ever greater pressure on Hong Kong’s officials, businesspeople, journalists, educators and even judges to show loyalty to China.

The CE decree is the most overt sign of the mainland’s interference. Hong Kong’s pro-democracy camp—a varied assemblage of politicians, students, academics, barristers, activists and opportunists—has reacted with anger and dismay. More street protests are likely. One group vows to hold mass sit-ins downtown. Anti-Beijing lawmakers say they won’t support the election plan. If it fails to pass—it needs a two-thirds majority in the territory’s legislature—a political impasse could result, and Hong Kong would face a crisis of governance. Even if the election took place as dictated by Beijing, turnout could be low, rendering the process meaningless and the winner functionally illegitimate.

Freedom vs. authoritarianism is a righteous battle anywhere, but Hong Kong’s is not a straight fight. Though the territory has been a part of China for already 17 years, mentally, the two exist in parallel universes. Values, culture, behavior, language—they all diverge. Many young mainlanders admire Hong Kong’s spirit, and many older Hong Kong citizens take pride in China’s new might.

But, broadly, neither side is comfortable with the other. China sees Hong Kong as spoiled and ungrateful despite its privileges denied to the rest of the nation. Hong Kong regards China as overbearing and uncouth. A recent survey by the University of Hong Kong shows less than 20% of local respondents identifying themselves as “Chinese.” Hong Kong’s antipathy toward China goes beyond the political—it’s existential.

To China’s leaders, what’s different about Hong Kong is what makes it dangerous. Some local activists have called for the end to Communist Party rule of the mainland, making them, from Beijing’s standpoint, subversives. Beijing’s harder and more intimidating line toward Hong Kong reflects its harder and more intimidating line at home and toward much of the rest of the world. If powers like the U.S. and Russia are reluctant to challenge China, goes the thinking in Beijing, who is tiny Hong Kong to do so?

Such sentiments are understandable but petty for a nation desiring greatness. Beijing must think boldly about Hong Kong. It should realize, and accept, that the city is a model, not a rebel; that it is what the mainland should aspire to be—Chinese yet international. Then, perhaps, Hong Kong might finally come home to China. 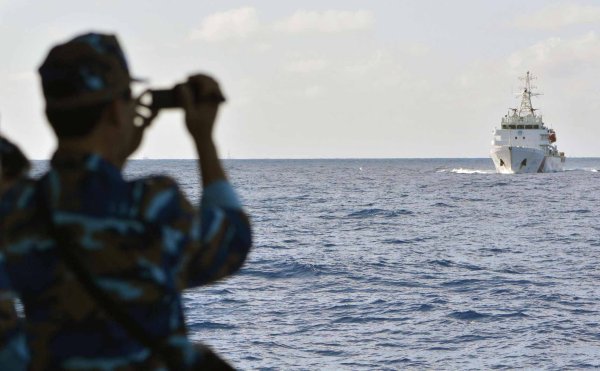 Between Pragmatism and Passion
Next Up: Editor's Pick