Former White House Press Secretary Ari Fleischer was in a motorcade on the way to an elementary school visit in Florida with President George W. Bush when American Airlines Flight 11 crashed into the North World Trade Tower at 8:46 a.m. on Sept. 11, 2001. Thirteen years later, Fleischer chose to live tweet his personal account of how events unfolded that day. A selection of what Fleischer recalled:

The moment he realized what had happened was an act of terrorism:

Decisions made in real-time that were later criticized:

Times of frustration and technology issues:

Fleischer shares the copious notes he took throughout the day: 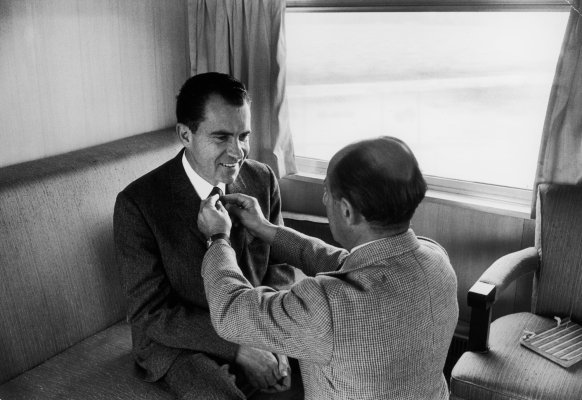 Richard Nixon Has His Tie Adjusted, and Likes It
Next Up: Editor's Pick