Women Could Finally Make Up 20% of Congress This Year

Sen. Jeanne Shaheen D-N.H. is surrounded by supporters to file her campaign paperwork to seek re-election on June 9, 2014 in Concord, N.H.
Jim Cole—AP
By Jay Newton-Small

Hitting the unprecedented 1:5 female/male ratio depends on the midterm elections, according to numbers compiled by Rutgers’ University’s Center for American Women in Politics. There are 15 women running for the Senate, 10 Democrats and five Republicans. Four are incumbents, three Democrats—Louisiana’s Mary Landrieu, North Carolina’s Kay Hagan and Jeanne Shaheen of New Hampshire—and one Republican, Susan Collins of Maine.

Four are challengers: Republican Monica Wehby in Oregon and on the Democratic side Kentucky’s Alison Lundergan Grimes, Maine’s Sheena Bellows and South Carolina’s Joyce Dickerson. But, overall, the number of women running for the Senate is down from the 18 women who ran in 2012.

On the House side, there are 108 Democratic women running and 53 Republicans. For Democrats, that number is down from the 118 Democratic women who ran in 2012. For Republicans, that number is slightly up from the 48 women who ran in 2012. That’s a victory for Republicans who have improved on their ability to get women through their primaries. Overall, however, they recruited 13% less women to run than the 107 GOP women who filed to run in 2012. This year, just 95 did despite a big recruitment push by GOP groups.

On the whole, slight gains are expected in both chambers, meaning the number of overall women in Congress could, finally, breach 20%. 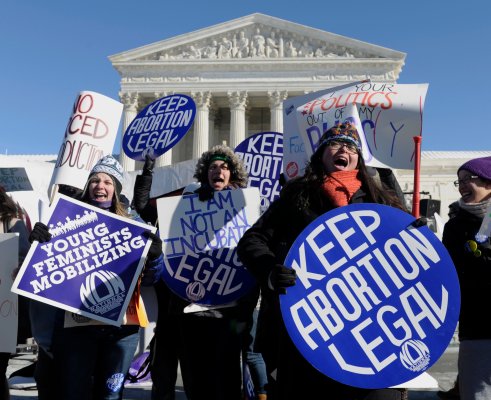 'War on Women' Could Spur Voter Turnout
Next Up: Editor's Pick