The depleted protective ozone layer that has left a gaping hole over Antarctica is showing signs of recovering, a UN panel of scientists said Wednesday.

The report found early indications of an increase in total ozone levels, which stabilized around 2000 after two decades of decline. The hole over Antarctica that appears every year, which grew to about 30 million square km in 2006, has also stopped expanding, according to the report.

Scientists realized in the 1970s that chemicals used in refrigerants and aerosol cans known as chlorofluorocarbons, or CFCs, were wearing down the ozone layer, which helps the Earth repel potentially harmful radiation from the sun. But an international movement to ban or replace CFCs, buttressed by the 1987 Montreal Protocol, has helped reduce the amount of CFC in the atmosphere.

“It’s a victory for diplomacy and for science and for the fact that we were able to work together,” chemist Mario Molina, one of the coauthors of a 1974 study predicting ozone depletion, told the Associated Press.

While past studies have found slowing ozone depletion, the UN report Wednesday is the first to show indications of an increase in total ozone, Geir Braathen, a senior scientific officer with the World Meteorological Organization, which co-produced the report, told Reuters. 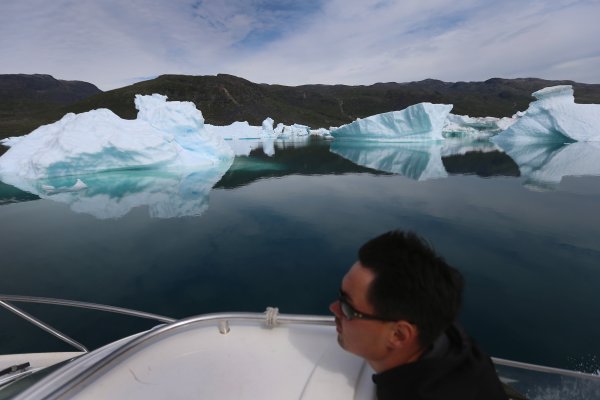 Carbon Levels Rose at Fastest Rate in 30 Years in 2013
Next Up: Editor's Pick