If you want to know how hard a novelist is working, keep an eye on his or her minor characters–the cup bearers and spear carriers. For example, watch what Tana French does about 70 pages into The Secret Place. We’re at St. Kilda’s, a posh girls’ school in Dublin, where a murder investigation is under way. French’s detective is Stephen Moran, 32, ambitious and smart, who works cold cases but wants onto the murder squad. A year ago a 16-year-old boy was found on the grounds of St. Kilda’s with a condom in his pocket and a hoe from the groundskeeper’s shed in the back of his head. Now a clue has surfaced: a note on an anonymous bulletin board (the nonvirtual, paper kind) called the Secret Place that says I know who killed him.

Do you, now? Moran and his colleague don’t, but they have it narrowed down to eight girls, and the extraordinary thing French does is give them to us: she parades these adolescents past the reader, one after another, squirming under the lights–no stereotypes, no clichés, each utterly distinct in her adolescent oddity, each the potential hero of her own novel. French starts with appearances: “pretty, but that jaw was going to give her man-face before she was 30”; “no height, no neck and no waist, plenty of nose to make up for it”; “all gold and bloom.” Then French goes deeper, sketching each girl’s real self, her inner self, the secret place where she keeps her strengths and weaknesses and longings.

French pegs each girl with cold, cruel precision, one by one, like a knife thrower popping balloons. “You want in with a witness, you figure out what she wants,” Moran says. “Then you give her that, big handfuls. I’m good at that.” French is too.

She doesn’t have to do this. Two or three girls would have been enough for most writers–one guilty party and a couple of red herrings. But French does it because it makes the world of The Secret Place pop into prickly-sharp focus and full color and also because, as far as I can tell, she can’t help herself. She’s compulsively fascinated by character. French has written four other Dublin murder-squad mysteries, and instead of building the series around a single investigator, she picks a different one as narrator for each book. Her observing eye is so restlessly hungry for detail that it can’t confine itself to a single point of view.

Moran is a quick study who covers his rapacious climbing with a smooth, people-pleasing facade. He’s well matched, possibly overmatched, by his partner on the case, Antoinette Conway, the sole woman on the murder squad, who puts up a harsh, abrasive front to deal with the constant harassment she gets from her colleagues: “Just crossing that squad room, she said You want to make something of it? half a dozen ways.” Conway does want to make something of it, but even more, she wants to make something of herself, and their shared ambition becomes a bond between the two detectives.

The Secret Place isn’t quite a locked-room mystery, but it’s close to it, the room being the hothouse of adolescent intrigue that is St. Kilda’s. With eight underage suspects and two complicated cops going at it hammer and tongs in close quarters, even tiny gestures–eye flicks, weight shifts, text messages–land with the force of body blows, and French catches them all. No one gets out unscathed, including the detectives themselves. They want to make fun of the schoolgirls and their teenage obsessions, but it snaps back on them–interrogating impressionable kids just reminds them of how old and jaded they’ve gotten. “Once you start growing up and getting sense,” Moran thinks, “the outside world turns real, and your own private world is never everything again.” To French, the living are even more interesting than the dead. Crimes can be solved, but life’s mysteries go on forever. 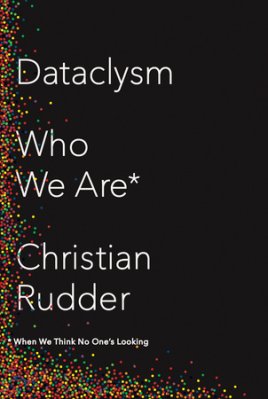 9 Ugly Lessons About Sex from Big Data
Next Up: Editor's Pick