A cat fell from her owner’s 17th-floor condominium in New Westminster, Canada, on Sunday night — and survived.

Joel Isfeld panicked when he realized his Savannah cat, Cleo, had snuck onto his balcony and leaped off the edge, local TV channel CBC News reported. “I didn’t know if she was O.K. … if she was injured. I was in tears,” Isfeld said.

Since Cleo wasn’t on the ground beneath his balcony, Isfeld went floor by floor through his building looking for her. He posted his concerns on Facebook the next day and got an overwhelming response, with several people offering help and support.

He finally found his beloved pet at 11 p.m. on Monday — a bit shaken up but otherwise alright — after he heard she was seen on the terrace of an adjacent building.

“She’s only got a couple left. She is a pretty cool cat,” Isfeld said in response to the inevitable question about how many of her nine lives Cleo had used up. 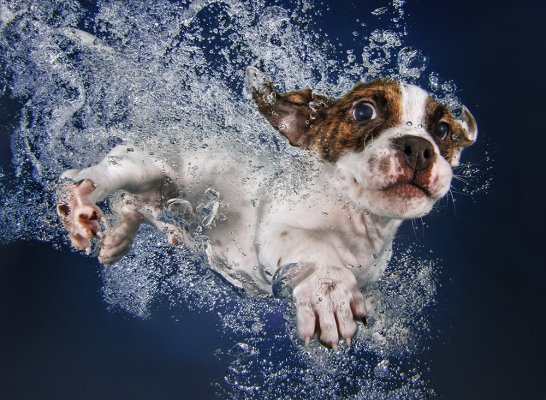 10 Puppies That Look Even More Adorable Underwater
Next Up: Editor's Pick