The Link Between Sunny Days and Suicide

Sunshine seems to be linked to suicide—but not in the way you might think.

A new study published today in JAMA Psychiatry compared 69,462 suicides that occurred in Austria between 1970 and 2010 to hours of sunshine during that day. The researchers found a positive association between the number of suicides on a particular day and the hours of sunshine—meaning sunny days saw more suicides, shedding light on some popular misconceptions about what leads up to or contributed to someone taking his or her own life. (Take the myth of “holiday suicides”—the idea that more people commit suicide during the hectic holiday season. It’s not founded in stats, data shows. December actually has the lowest suicide rates of the year, according to the CDC’s National Center for Health Statistics. They’re highest in the spring.)

Reasons for suicide are, of course, multifaceted, making it impossible to isolate a single risk factor, including how light affects brain chemistry. Still, researchers have some ideas.

When a depressed person first begins light therapy, for instance, their drive and motivation often improve before their mood does, says Dr. Matthäus Willeit of the Medical University Vienna, and one of the study authors. “If you have enhanced energy and motivation and drive but your mood is still very depressed, that might favor a state where you are at greater risk for suicide.” That’s similar to what can happen when someone first starts treatment with antidepressants, he says.

Another factor to consider is that exposure to light has profound effects on serotonin transmission in the brain, which influences things like mood and impulsiveness, the authors write in their paper. More light means lower serotonin-transporter binding in the brain, a decrease that encourages impulsiveness, Willeit explains. While most people have had suicidal thoughts at some point, very few act on them, and Willeit thinks impulse control is a key player in going through with it.

On the other hand, some studies show that bright light therapy is an effective treatment against depression with few side effects. And today’s JAMA Psychiatry study showed that light seems to have a protective effect against suicide in the long-term.

“It’s too early to say,” Willeit says of the relationship of sunshine to suicide. “We’re just beginning to understand what light does.” 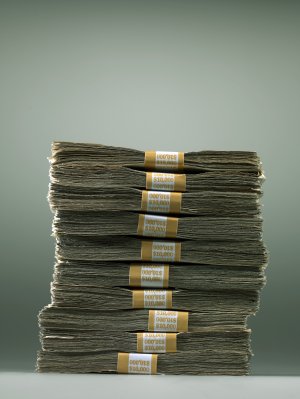 6 Things You Must Know About Money and Happiness
Next Up: Editor's Pick