Behold the Power of #Hashtag Feminism

Janay Rice listens as her husband, Baltimore Ravens running back Ray Rice, speaks during a news conference at the team's practice facility in Owings Mills, Md on May 23, 2014.
Patrick Semansky—AP
By Jessica Bennett

At the time, the ad campaign — modeled on efforts to curb drunk driving — was considered shocking. It was 1994, the year that OJ Simpson would be arrested for murder, his history of domestic abuse exposed. Yet even so, domestic violence was not a crime that anybody seemed willing to talk about back then. It was, as then Health and Human Services Secretary Donna Shalala put it, “our dirty little secret” — something that happened, and stayed, behind closed doors.

But Esta Soler, the president of a group called Futures Without Violence, was determined to get people talking. Under the banner, “There’s No Excuse for Domestic Violence,” she distributed a series of advertisements to 22,000 media outlets — including ones published in TIME and People. In one, the blurred image of a woman is pictured cowering under a man. “If we remain silent,” Soler told the Washington Post at the time, “our silence will breed even more fear.”

Twenty years later, domestic abuse is again making headlines (and again with a star football player). But this time women are talking about it en masse.

When TMZ released a damning video of Baltimore Ravens running back Ray Rice beating his girlfriend (now wife) unconscious on Monday, the response was swift: commenters called the NFL response an “epic breach of trust.” Rice was cut from the team. Cable news commenters began to question, in light of the revelation, why Rice’s wife would have stayed with him in the first place.

Beverly Gooden, a Cleveland HR manager, had had enough. Under the hashtag #WhyIStayed, she tweeted a staccato response:

“I stayed because my pastor told me that God hates divorce,” she wrote of her own abusive relationship.

“I stayed because I was halfway across the country, isolated from my friends and family.”

“I stayed because I thought love was enough to conquer all.”

It was the antidote to the simplistic view of many of the “experts” who’d weighed in, and it went viral in an instant. “You can feel voiceless,” Gooden told PolicyMic, as the hashtag collected thousands of women’s (and men’s) stories. “I want people to know that they have a voice.”

She was talking about domestic violence, and yet it could have been a metaphor for the way that women like her are using social media daily to make their voices heard. From #StandWithWendy to #HobbyLobby to #YesAllWomen, they are bypassing the gatekeepers, simply by sheer mass — forcing attention on the issues they deem important. “This conversation would have been impossible even 10 years ago,” says Soler, reflecting on more than 30 years as an advocate. “Social media has created space for people of all kinds to express themselves, and to see their voices amplified.”

The women’s social media revolution began some time ago — but reached its tipping point this year. In May, #YesAllWomen practically broke the Internet — a response to the misogynist killings at UCSB that turned into a three day global movement. Since then, the stream of hashtag causes has been hard to keep up with: #SurvivorPrivilege, the response to a George Will column that asserted being a rape survivor on a college campus was now a “coveted status” (he was dumped by the St. Louis Dispatch as a result). There’s #EverydaySexism, about daily harassment, #YouOKSis, to challenge street harassment, #AskHerMore, which calls out the questions we wish reporters would ask women on the red carpet. The list goes on. It’s no huge surprise that, according to data from Twitter, conversation about “feminism” has increased by 300 percent on the platform over the past three years. Women’s issues are everywhere, relentlessly spread by the women they impact. For the mainstream media, tracking the feminist hashtag of the moment has become a virtual sport.

In the 1970s, feminists often said “the personal is political.” It meant that the more women could connect with issues in their own life, the more attention they’d pay to the politics around them. But if consciousness-raising groups were the personal for thousands of women then, then the intimate personal stories curated in hashtags like #WhyIStayed are the modern-day equivalent. “What I think is most unique now is that we’re able to attach our own stories to elevate the issues beyond just a video of a man punching a woman,” says Tara Conley, an ethnographer who studies online media and the creator of a blog called Hashtag Feminism. “Social media can play an important role in opening up spaces for women — particularly those who’ve been marginalized.”

Social organizing has always existed in the women’s space — from word of mouth to letter-writing to telephone chains and flyers, methods of organizing has adopted to the times. And yet in a pre-Internet era, unless a woman accidentally stumbled into a protest, or a consciousness-raising group, she likely wasn’t hearing much about it. Which is why #WhyIStayed, and movements like it, are even more significant. They manage to take issues frequently confined to small circles — feminist circles — and bring them to the masses. “What is interesting to me is how these issues are going mainstream,” says Matthew Slutsky, who runs partnerships at Change.org. “It’s not feminists, or even activists, talking about rape, or domestic violence, or abortion rights, anymore. It’s just people.”

Those people happen to be women — mostly. Which isn’t necessarily a bad thing. Women’s power on the internet continues to rise: they now dominate every major social media platform but one (LinkedIn), they log in more often than their male counterparts, and they are more engaged when they do. When it comes to activism, they are ruling there, too: women are 2.5 times more likely to sign petitions than their male counterparts, and more likely to have successful organizing campaigns, according to data from Change.org. “Women don’t just dominate social media, they drive traffic,” says Elizabeth Plank, the executive social editor at PolicyMic. “That’s a massive game changer.”

It means that they don’t just have a voice, they are forcing institutions to listen.

Bennett is a contributing columnist at Time.com covering the intersection of gender, sexuality, business and pop culture. A former Newsweek senior writer and executive editor of Tumblr, she is also a contributing editor for Sheryl Sandberg’s women’s foundation, Lean In. You can follow her @jess7bennett. 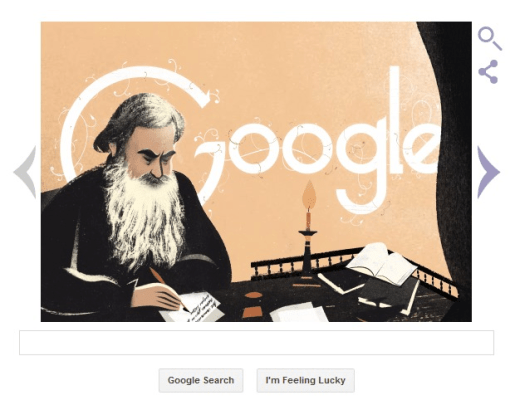