Jhené Aiko is best known today for drifting slow jams like the Childish Gambino-assisted “Bed Peace” and “The Worst,” but she first got her footing in the industry well over a decade ago — as a would-be teen pop star. Back in the early ’00’s, the singer was supplying features on cuts by the R&B group B2K while, oddly, being marketed as the cousin of the group’s Lil’ Fizz. (She is not.) Before she would go on to release her debut, however, label tensions flared and Aiko opted out, heading to school rather than pursuing another deal.

Several years later, after giving birth to a daughter and some fairly dramatic shifts in the R&B marketplace, the singer returned to the studio in what would be a major transformation with 2011’s Sailing Soul(s). The critically acclaimed mixtape boasted acts like Kanye West and Miguel and led Aiko to a record deal with mentor and producer No I.D., who helped helm her 2013 Sail Out EP. That, in turn, led to her long-awaited debut, Souled Out, a conceptual chronicling of the singer’s journey from darkness to light, rooted in tales of tragedy and spiritual awakening. Aiko’s newfound style lies somewhere between the soothing sounds of Sade and what can be nebulously described as “future R&B,” a broad spectrum of pioneering music-makers making tunes best served in the midnight hour, including The Weeknd, Tinashe and FKA twigs.

That’s not to say her journey is a solo affair: Along with No I.D., a host of rising and established hip-hop producers and songwriters are attached to the project, including Kid Cudi collaborator Dot da Genius, Fisticuffs, Common and Key Wane. There’s even an unexpected assist from Nordic-pop pioneers Royksöpp, who supply one of their most muted productions to date with “Promises,” a gentle ode to Aiko’s daughter, Namiko — and her late brother.

Souled Out is personal, but that’s more than a buzzword: Embedded in the hazy melodies are vulnerable insights into Aiko’s private life, from her fears as a single mother to the death of her brother Miyagi two years ago. His loss vibrates through the album, including the slow-marching highlight “W.A.Y.S.” — which stands for “Why Aren’t You Smiling?”, Miyagi’s favorite saying. Aiko pledges to persevere for the sake of her daughter on the uplifting empowerment anthem, employing the Buddhist philosophies to which she subscribes to guide the way: “There’s really no end, there’s really no beginning/There’s really no real, there’s really no pretending,” she sings.

Jhené is a self-proclaimed wanderer, moving from place to place — and person to person: “Please say you’ll be my nothing/And I will give you everything,” she sings on the seductive “It’s Cool.” Not that she’s entirely free of catching feelings, as with “Lyin King,” a bass-heavy kiss-off to an ex-beau: “Mr. Serial Lover, I wish your mother loved you like I could’ve/That way you would’ve known how to love a woman,” she scolds. (Ouch.)

That kind of occasionally snappy lyricism keeps the otherwise gentle pulsations of Souled Out feeling fresh, employing expressions that wouldn’t sound out of place on, say, Rihanna’s Twitter timeline: “Have you seen my f–ks to give?” she deadpans on the “The Pressure,” a weed smoke-filled cut inspired by the stress of working on her LP. Flourishes of live instrumentation keep the record vibrant as well. “Brave” saunters into sad-girl Lana Del Rey territory with its Western hip-hop swagger and surf guitar (“You’re so brave, stone cold crazy for loving me”), while “Eternal Sunshine” — one of two songs inspired by Eternal Sunshine of the Spotless Mind — drifts in like a lullaby along a hypnotic piano riff.

It’s also a record that’s unwaveringly the artist’s own: With long stretches of instrumentation, there isn’t a radio smash to be found— this is a slow-burning escape, not a a pick ‘n mix of hit singles. With calm assurances and honey-soaked melodies, Souled Out flows from start to finish like a modern meditative chant. 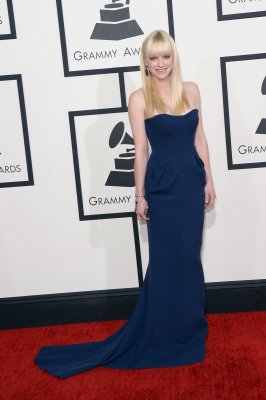 Watch How Anna Faris Pranks Her Mom
Next Up: Editor's Pick