I try not to make a habit of wading into swamps, but there’s something going on in Louisiana that should not be ignored. The state Supreme Court ruled that, once a penitent has waived confidentiality, what was discussed in the sacrament of confession can be fair game in court. The diocese of Baton Rouge has recently appealed the case to the United States Supreme Court. The case is particularly challenging because the confession in question was made by a girl who was being abused by a parishioner, and it appears from her testimony that the priest did not do anything to help her.

Much of the discussion thus far has been about what Louisiana law requires and whether or not the seal of confession supersedes it. But this misses two important questions — one about what should have happened, and one about why the seal cannot be waived, even by the person who made the confession.

What should have happened when abuse was disclosed in the confessional?

If a child told me, in the context of a confession, that she was being abused — by anyone — I would do everything in my power to counsel her to seek help, by disclosing the abuse to a parent, to a trusted adult, to a teacher or a counselor, or to me outside the confessional. (And were I told outside the confessional, I would report it to the appropriate authorities.) I would want to make sure that the child knew that it is the abuser who has sinned, not her, and that God loves her and wants her to be safe from whatever and whomever is harming her — and that no concern about being ashamed or fearing repercussions should stop her from asking for help.

What makes this case so troubling is that the victim alleges that the priest in question did almost the opposite of that, telling the child (according to her deposition) when she asked for advice on how to end the abusive relationship that this was her problem, and that she should “sweep it under the floor and get rid of it.”

But we don’t, and can’t, and won’t know if that’s true — and that leaves us frustrated and angry. I feel that way myself. We don’t and can’t and won’t know how the fourteen year-old girl explained the abusive situation, or what else — before or after or instead of the terrible “sweep it under the floor” — the priest may have offered by way of counsel. The priest doesn’t have the option to tell us whether he did something right or something terrible, and there are good reasons for that.

Why is the seal inviolable even when the penitent waives confidentiality?

The Church demands the absolute inviolability of the seal of confession, to the point that priests are expected not even to confirm that a particular confession took place. Further, the priest’s responsibility to maintain the seal is absolute even when the penitent desires to break it — to the point that if someone I was counseling outside of confession wanted to talk about matter that they had confessed to me earlier, I would ask them not just to refer to it, but to bring it back up and discuss it again themselves outside the confession.

Why? Because the seal of confession is not a contract between the priest and the penitent. The person who confesses has the right to privacy, but that’s only the beginning of what the seal protects. The Church wants to maintain the absolute freedom of anyone, under any circumstances, to seek God’s mercy without fear. If the seal of the confessional can be broken, for any reason, then that potentially becomes an obstacle to someone seeking to confess.

But wait – in this case the penitent herself wants the seal broken. Yes — but she’s not the sole “owner” of the rights in question. The priest has a duty to protect her rights but his duty also goes further, to protect the integrity of sacramental confession itself. Her decision to waive the seal might be well motivated, but in other circumstances, such a waiver could be coerced. I’m not suggesting that in this case the victim is being pressured to waive the seal; instead, I’m saying that making the seal absolutely inviolable eliminates any possibility of anyone ever being coerced to waive the seal.

Or consider it this way: someone who’s terrified and ashamed of something — whether it’s a sin they’ve committed or even abuse they’ve suffered — might not be able to muster the courage to take even the slightest risk of revelation. The inviolability of the seal offers them, and anyone who may in the future face the same fear, the freedom to seek help.

We aren’t going to find out what really happened in that confessional, because even if the Supreme Court upholds the state’s interpretation, I expect that the priest will continue to refuse to testify, even if he’s held in contempt and jailed for his refusal. I understand why such a refusal could be seen as cowardice and defensiveness, especially given the Church’s terrible failures, in so many cases of abuse by priests, to respond to victims and their reports of abuse, or, even worse, the Church’s sin of protecting the abusers and allowing abuse to continue.

I also understand the desire, in the present context where we keep learning more about the tragic prevalence of sexual abuse of children, to do everything in our power — including also the power of the state — to say that we will not tolerate any more of it, especially not under the guise of what ought to be sacred. Set against that very understandable desire, the Church’s assertion of confessional privilege and its own authority to interpret that privilege can seem craven, suspiciously convenient, and self-interested.

I hope that people of good will can also understand the claim that God’s law is higher than the state’s, and that the matter of confession ultimately belongs neither to the priest nor the penitent but to God alone. I hope that they can at least imagine why the Church is willing to defend the seal — and priests willing to go to jail rather than violate it — so that the rest of us can turn to the sacrament and seek forgiveness and counsel without having to submit our failings to public view and the power of the state.

Whether or not the priest in question offered the good counsel I hope he did when this poor child told him that she had been abused, he doesn’t get to defend, excuse, or explain himself. He doesn’t get to plead for forgiveness or even for understanding. He isn’t being protected for his own sake or because the Church deserves special rights. He has a responsibility — and lacks the freedom to defend himself, which are one and the same in this case — so that all the rest of us can have the freedom to seek God’s mercy and begin to work out our own repentance without having to figure out our legal standing first.

Sam Sawyer, SJ is managing editor of The Jesuit Post, a project of Jesuits in formation, exploring ways to use the web and social media for evangelization. 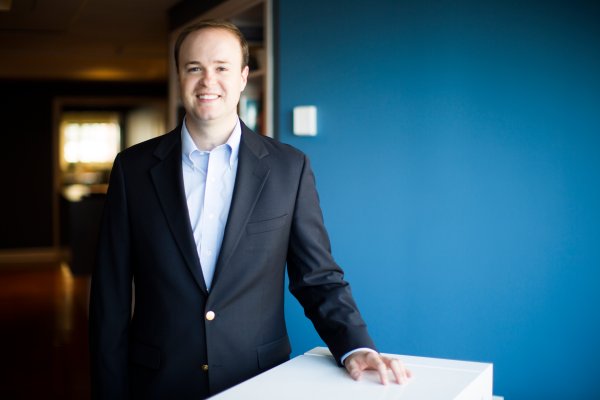 An Evangelical Defense of Traditional Marriage
Next Up: Editor's Pick