Sales of legal retail marijuana have topped sales of medical marijuana in Colorado for the first time since the state’s recreational pot shops opened their doors on Jan. 1, according to tax figures released by the Colorado Department of Revenue.

During the month of July, the state received $838,711 from a 2.9% tax on medical marijuana, meaning that patients spent an estimated $28.9 million at dispensaries. The state meanwhile raked in $2.97 million from a 10% sales tax on retail marijuana, putting those sales at about $29.7 million, according to calculations by the Cannabist.

Though that amounts to a less than $1 million gap between retail and medical sales, this is a small victory for champions of legalization who have argued that the experiment will be profitable for the state, as revenues have lagged behind some expectations.

“Most adults use marijuana for the same reasons they use alcohol. Now that it’s a legal product, they are choosing to access it in a similar fashion,” Mason Tvert, communications director for the Marijuana Policy Project, said. “For most Coloradans, buying marijuana in a retail store will just become the norm. It appears that shift in behavior is already taking place.”

In July, the Denver Post Editorial Board voiced its concerns about the medical market outpacing the legal recreational pot shops up to that point in 2014:

For the legalization experiment to be a success, it needs to be profitable for the state and lure buyers from the black market, a migration that should be reflected in sales figures. Tvert says that prices of retail marijuana, currently around $35 for 1/8 ounce, are far from finalized. Retail shops depend mostly on word of mouth for advertising; they have had only part of a year for competition to kick in; and they are just now recouping big costs associated with starting their businesses, he says.

Because there is only data about the first six months of sales in an unprecedented market, conclusions about success or failure are impossible to draw. But if retail sales continue to increase, while medical marijuana sales hold steady, expectations of a windfall from legal pot are less likely to go up in smoke. 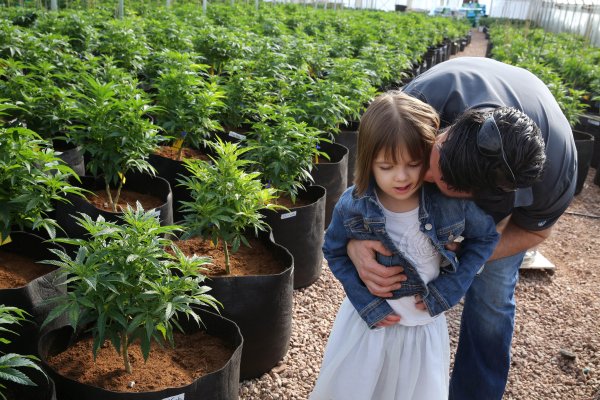 New Study Will Examine Medical Marijuana for Epilepsy
Next Up: Editor's Pick