Majority of Chinese Expect War With Japan by 2020, Poll Finds

Anti-Japan protesters are confronted by police as they demonstrate over the disputed Diaoyu/Senkaku Islands on Sept. 16, 2012, in Shenzhen
Lam Yik Fei—Getty Images
By Dan Kedmey

More than half of China’s citizens expect their country to be at war with Japan in as little as six years, according to a new public opinion poll that finds a widening sense of mistrust and hostility between the two countries.

About 53% of Chinese respondents and 29% of Japanese respondents expected a war to break out by the year 2020, according to a joint survey conducted by newspaper China Daily and Genron, a Japanese NGO.

Each country’s favorability rating of the other remained at historic lows: 93% of Japanese respondents reported having a negative impression of China, the worst rating in the survey’s decadelong history, while 87% of Chinese responded negatively to Japan, a slight decrease from last year’s record high.

Tensions between Japan and China flared in 2013 over disputed islands in the East China Sea, and diplomats from both countries accused one another of behaving like “Voldemort,” the evil wizard from the Harry Potter fame. The rhetoric has cooled slightly since then, but public resentment evidently is still running deep. 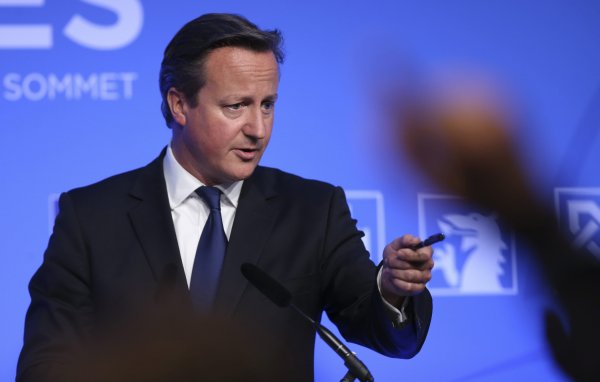 British Leader to Scotland: Don't 'Rip Our Family Apart'
Next Up: Editor's Pick