Prime Minister David Cameron speaks during a press conference as part of the NATO Summit 2014 at the Celtic Manor Resort in Newport, Wales, Sept. 5 2014.
Oliver Hoslet—EPA
By Naina Bajekal

British Prime Minister David Cameron issued an impassioned plea to Scotland late Tuesday, urging its people not to “rip our family apart” by voting for independence from the United Kingdom.

“It’s a momentous decision: there will be no going back,” Cameron wrote in the Daily Mail as the Sept. 18 independence referendum draws near. With British leaders worried by the recent surge in support for independence, Cameron and a pair of political rivals have put aside party differences to make last-minute trips to Scotland to rally the “Better Together” campaign.

“There is a lot that divides us, but there’s one thing on which we agree passionately: the United Kingdom is better together,” Cameron wrote.

He hailed the U.K. as a country that has always been at the forefront of history, and should continue to be so.

“It’s difficult to put into words what our United Kingdom represents,” Cameron wrote. “This is the group of small islands in the North Atlantic that have punched above our weight for centuries—and we’ve done so together.

“The United Kingdom is a precious and special country,” he added. “That is what is at stake. So let no one in Scotland be in any doubt: we desperately want you to stay; we do not want this family of nations to be ripped apart.” 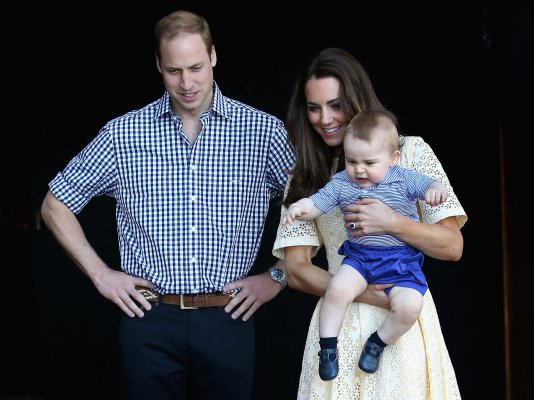 New Royal Baby Already Under Pressure to Keep U.K. From Split
Next Up: Editor's Pick