Still Doing Too Much For Your Teen? You're Not Alone

OK, I admit it: I’m still making sandwiches and other snacks for my 16-year-old son, Nathaniel, pretty much whenever he asks. And, as a growing teenager, he asks all the time.

For a mom who generally prides herself on having raised responsible, independent kids, my constant indulgence is more than a little embarrassing. But what I’ve realized is how easy it is for even good parents to fall into bad habits.

In my case, it all started when Nathaniel was quite young and diagnosed with Crohn’s Disease, a chronic inflammation of the gastrointestinal tract that can make it difficult, if not impossible, to eat and absorb nutrients. In an effort to ensure that Nathaniel would develop properly, I spent a good deal of his early childhood making him special meals and granting his every food-related request. All of our family rules about “getting what you get” and “eating the dinner I put on the table” went out the window once I learned that he had Crohn’s.

But for the past three years, Nathaniel has been on a medication that has rendered him healthy. He barely misses any school due to his illness, plays on the varsity basketball team, is 5-feet-11 and still growing (well, he hopes so anyway) and, most important, now consumes an astonishing amount of food without any encouragement from me. Truth is he’s never satiated.

All of which has me—along with my husband and Nathaniel’s older sister—wondering: Why, then, do I keep catering to him, as if he were a prince?

Intellectually, I know that caving in to his constant pleas for me to prepare everything he eats is just plain dumb. The key to raising self-reliant children, after all, is to not do for them what they can do for themselves.

Nonetheless, I routinely enable his helplessness. It’s as if some uncontrollable inertia has taken hold of me, and I cannot shake its grasp. Nathaniel’s Crohn’s disease is, thank goodness, relatively uncommon. But my disease—pandering to a child when I know better—is definitely not. Whether it’s an illness, cushioning the blow of a recent divorce or guilt from working too many hours, we all have perfectly rational reasons for starting some behavior or another that turns out to be not so good for our kids. “We don’t want our kids to fail, so we are doing more for them,” says Michele Borba, author of more than 20 books on raising children, including The Big Book of Parenting Solutions. “We feel guilty because we are working more, so we do more for them. Then they start to depend on us. And that is a hard cycle to break.”

Yet it’s not impossible. With that in mind, here are a handful of suggestions from Borba to deal with your own bad parenting habits:

· Hold a family meeting so that everyone is on board. Breaking an individual habit is hard enough; breaking a family one is especially tricky because it involves multiple players.

· Create the parameters for success. In my situation, that might mean keeping the pantry stocked with food that Nathaniel can make for himself, teaching him to cook a few more things, or taking him to the grocery store to choose his own easy-to-prepare snacks.

· Give yourself time to succeed. New behavior patterns take about 21 days to take hold, according to Borba. (Other experts say it can take as long as two months to a year depending on the habit.)

· Put a calendar on the refrigerator and mark off each day’s successes or failures, knowing that there are bound to be some setbacks. Just stick with it.

“If you can create one small change,” Borba says, “that will impact the relationship and the family dynamic—and it will make it easier to make other changes down the road.”

I plan to follow Borba’s advice and ease in, asking Nathaniel to make his own after-school snack. It’s clearly time. The other day, he went so far as to try to get me to stop what I was doing and bring him some ice cream. “Please, mom,” he said, “you make it better than anyone else.”

Nathaniel will surely moan, beg and pout. But who knows? Maybe by next year, he’ll be dishing out some mint chip for me. There are some habits, after all, that one should never break. 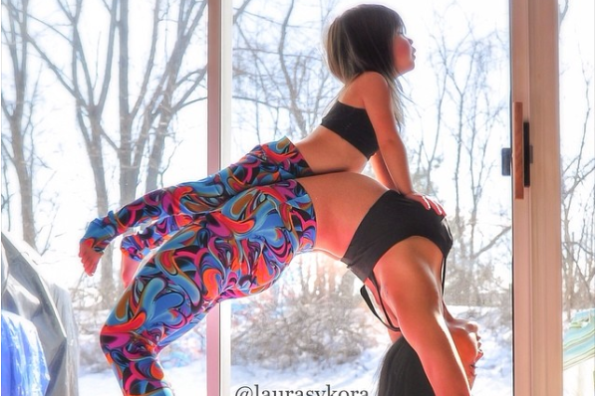 This Little Girl Is Amazing at Yoga
Next Up: Editor's Pick