Chris Kluwe: NFL Would Rather Sell Women Pink Jerseys Than Protect Them

“The tape never lies.” It’s an all too familiar saying in the NFL, an admonishment to players that no matter how well you think you did, no matter what excuses you make, the truth is always there for anyone to see. Game tape is who you are, the signature of your work, and it is one of the most highly rated metrics that scouts, coaches, and general managers use to evaluate you. If someone in football personnel doesn’t watch the tape, then they literally do not know how to do their job.

In the case of Ray Rice, Roger Goodell is claiming that he never saw the tape. Not the tape of Ray Rice’s on field performance, where he’s consistently been a star running back for the Baltimore Ravens, but the tape of an elevator in Atlantic City, where Rice unleashed a brutal left hook into Janay Palmer’s face, slamming her head into the elevator wall and railing, knocking her out.

Roger Goodell — a man who spared no expense going after the New Orleans Saints during the Bountygate scandal, a man who has appointed himself judge, jury, and executioner time and time again in cases of player discipline, a man known predominately for his willingness to find and examine all forms of evidence in cases of perceived misconduct — now wants us to believe, in this particular instance, after months of reporting by trusted League sources that the NFL factored what was on that elevator tape into its decision to suspend Ray Rice a mere two games, that he did not, actually, see the tape, and is just as flabbergasted as the rest of us that this horrific act of violence took place. Oh lawdy, bring the fainting couch.

Based on everything I know from nine years of experience in the league, this is a lie.

Those same media outlets, the ones that so trustingly reported what their League sources told them to report, are furious, claiming that their sources are now trying to backtrack and prevaricate in the face of unrelentingly hostile public opinion at a decision that treats the abuse of a woman so cavalierly.

The public at large is furious at the decision to try and sweep under the rug an incident that occurs all too frequently in this country: a partner abusing someone who loves them. Nearly everyone is furious at the “business as usual” attitude of one of the most profitable sports leagues in the world, a business willing to blame the victim and make her apologize on national television in order to protect its brand.

We should be furious. This charade of accountability has been perpetrated for too long, let too many players skate by with no real consequences for their violence against others.

Ray Rice. Greg Hardy. Ray McDonald. Terrell Suggs. Perrish Cox. Chris Cook. Ahmad Brooks. Brandon Marshall. A.J. Jefferson. Name after name after name — a few who were cut by their teams, but most of whom were given a green light to continue playing in a league urging women to purchase pink clothing and apparel in order to drive viewership numbers up. It’s a league failing those same women when it comes time to do something that matters, to actually address the issue of domestic violence.

Of course, I believe, the NFL, and by extension, Roger Goodell, watched that video. The tape never lies; that’s the mantra of the League, at every level. The NFL employs many people, who are very good at their jobs, to make sure they have access to that information, to get that tape, and the truly chilling part of all of this, is that the people in charge, almost exclusively men, saw that video and made a conscious decision to do nothing about it until their hand was forced by public opinion.

Those in charge felt that this was just one more incident to be pushed to the side, ignored by both the front office and the team itself in pursuit of ratings and money. Those in charge felt that a woman being beaten into unconsciousness, right in front of them, did not matter as much as the perceived value of Ray Rice on the football field, scoring touchdowns and selling jerseys. Those in charge chose convenience over ethics, profit over a person. All the evidence was there, clearly on tape, but the will to act, to force change in a culture that desperately needs it, was not; not until public outrage grew so large that the NFL felt compelled to try and salvage some shreds of morality.

The tape never lies. The signature of the NFL is one of enabling abusers, batterers, and worse, caught on police records all across the country, still employed by their teams because the NFL doesn’t think you care about wives, sisters, daughters and mothers, but only about your entertainment.

The tape never lies. Numerous reporters went on record with information from trusted league sources, information that was nothing but public relations and smears, an attempt to minimize the shocking events the NFL thought we would never see.

The tape never lies, but apparently the NFL does, and it is past time we held them accountable for their actions.

Chris Kluwe is a retired NFL player who played for eight seasons with the Minnesota Vikings. 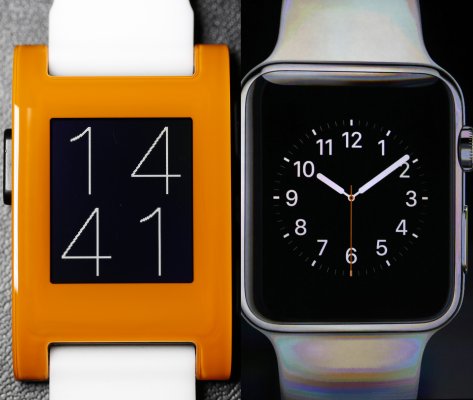 Three Ways Smartwatch Upstarts Can Survive the Apple-anche
Next Up: Editor's Pick