On Saturday morning, two weeks to the day after Malaysia Airlines Flight 370 vanished, Malaysia’s defense minister said at a press conference that a Chinese satellite had spotted a large object in the southern corridor of the search area and that China would be sending ships to verify.

An Australian official said Friday that a second day of searching for the missing plane in a new area of the Indian Ocean yielded nothing, dashing hopes of a quick find after the country spotted possible debris in satellite imagery and called it the “best lead” yet in the massive international hunt.

“The last report I have is that nothing of particular significance has been identified in the search today but the work will continue,” acting prime minister Warren Truss told reporters, the Associated Press reports.

His comments came a day after Australia touted “credible” evidence of what could be debris from the plane that vanished March 8 with 239 people aboard, pointing to two objects about 1,500 miles southwest of Australia, in the southern Indian Ocean. That prompted American and Australian search planes to comb the area, but after nothing was found Thursday or Friday, the search was expected to continue Saturday, with Chinese and Japanese aircraft set to arrive in the area.

“We are doing all that we can, devoting all the resources we can and we will not give up until all of the options have been exhausted,” Truss said. “We can’t be certain that the sightings are in fact debris from the aircraft [but] it is about the only lead that is around at the present time.”

The plane disappeared en route from Kuala Lumpur to Beijing and is now the longest disappearance in modern commercial aviation history. More than two-dozen countries have joined in the search, and investigators have combed the backgrounds of passengers and crew for any clues. Meanwhile, the families of the people on board have been in anguish and the lack of answers.

Hishammuddin Hussein, a Malaysian transportation official, warned Friday that a resolution might not be coming anytime soon, CNN reports. 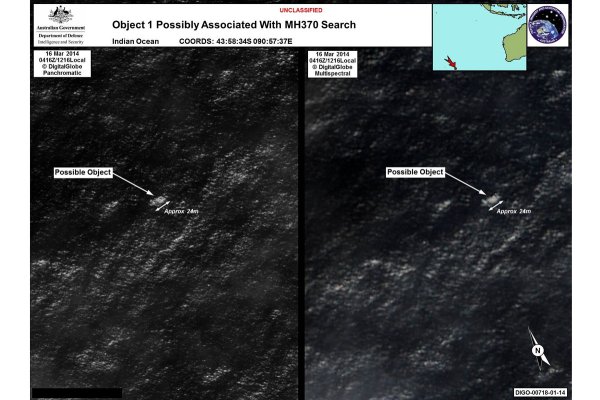 Evidence May Point to MH370
Next Up: Editor's Pick