Instead of Asking Women Why They Stay, We Should Ask Men Why They Hit

Ray Rice is let go from the Baltimore Ravens on Sept. 9, 2014, after a video surfaced from TMZ showing him punching his wife Janay in an elevator (Kenneth K. Lam--Baltimore Sun/MCT via Getty Images)
Baltimore Sun/MCT/Getty Images
By Charlotte Alter

After a video of former Ravens player Ray Rice beating his then girlfriend Janay was leaked on Monday, domestic-violence survivors have taken to the Internet to discuss why women stay in abusive relationships.

It’s a good impulse, but a bad question. “Why didn’t you leave?” is to domestic violence what “Why were you out so late?” is to rape; it puts the focus on the victim’s choice to stay rather than the abuser’s choice to hit her.

Of course, the people who started #WhyIStayed already know all about victim blaming. The hashtag was started by Beverly Gordon, an author and domestic-violence survivor who was rightly disturbed by how many people asked Janay why she married her then boyfriend after he attacked her. Her first tweet was:

The hashtag quickly spread as a way for domestic-violence survivors to discuss why they didn’t leave abusive situations, and to broaden the public’s understanding of the challenges facing abuse victims. When Janay herself Instagrammed a statement Tuesday morning defending her relationship and asking the media to back off, the furor over her decision to stay grew even more intense.

Social media has enormous power to change the trajectory of a news story, and while the #WhyIStayed hashtag obviously had noble intentions, it might have backfired. In the day following the leak, the hashtag has turned the Ray Rice story into a debate about why Janay Rice didn’t leave instead of why he hit her in the first place.

The issue has snowballed into a chicken-and-egg echo chamber, because when women start explaining why they stayed, it just provokes more questions about why they didn’t leave. And that question assumes that the victim is complicit in her own assault, that it’s her responsibility to stop the abuse, and that she even has the power to control her partner’s violence.

#WhyIStayed is important in that it gives voice to domestic-violence survivors, who are so often voiceless, and it helps to push back on the notion that an abused woman somehow “deserves” to be battered because she didn’t walk out the door. But it also puts the focus back on the victim’s behavior instead of the abuser’s.

Domestic-violence victims stay with their partners for a variety of reasons, from emotional manipulation to threats of violence to the fact that they often have simply nowhere else to go. More often than not, the victim doesn’t have a real choice.

Consider that all 46 counties in South Carolina have shelters for stray pets, but the state has only 18 shelters for battered women fleeing domestic abusers, despite the fact that state experts say there are around 36,000 incidents of domestic abuse per year, according to an extensive report in the Charleston Post and Courier. That’s almost 100 incidents per day. Because of the shortage, 380 South Carolina women were turned away from shelters from July 2012 to June 2013.

This is just a small example of the enormously complicated issues tangled up in domestic violence, from cycles of abuse, financial dynamics, family obligations, and lack of adequate funding for shelters for women who want to escape, and most of the #WhyIStayed tweets address these concerns. But to boil this problem down to a woman’s decision to stay or go simplifies the obstacles that constrain the victim’s choices, and it ignores the real source of the problem. Just like rapists are responsible for rape, abusers are responsible for abuse. They’re the ones we should be talking about.

#WhyIStayed allowed thousands of women to answer a question that shouldn’t be asked of them in the first place. Now that we know, let’s start asking the right questions. 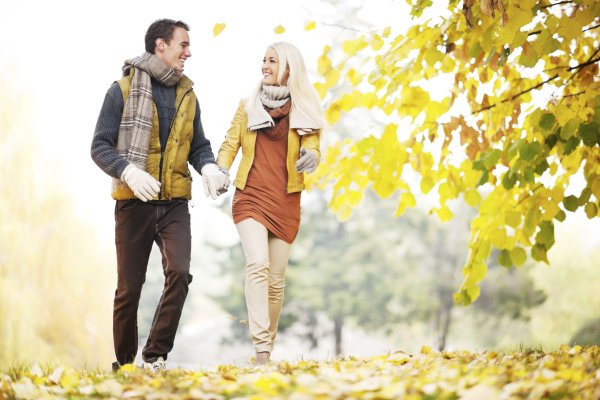