A Veteran Campaigner Reflects on 20 Years of Fighting Domestic Abuse

Esta Soler, a veteran crusader in the fight to protect women and children from domestic violence, has a saying that “movements are made of moments.” One such moment came 20 years ago, when the media firestorm surrounding the OJ Simpson murder case lent urgency to Congress’s efforts to pass the Violence Against Women Act of 1994. And now, as the U.S. prepares to commemorate two decades since the VAWA’s historic passage, so it is again. At least, so the president of nonprofit Futures Without Violence hopes.

Over 30 years ago, Soler, a leading expert in violence prevention, founded the San-Francisco based organization the Family Violence Project (later renamed Futures Without Violence), which was one of the driving forces behind the passage of the 1994 Violence Against Women Act. Over the years, the organization has led educational efforts, worked with lawmakers, and trained law enforcement on how to better address the issue of domestic abuse. On Tuesday, Soler joined Vice President Biden and many others in commemorating the work that has been done since the VAWA’s passage in 1994.

But the fact that the day’s headlines have been dominated by the dismissal of running back Ray Rice from the Baltimore Ravens for knocking his now-wife unconscious strikes Soler as moment to reflect on unfinished business. “We’re celebrating 20 years since the passage of the act,” Soler tells TIME. “And a lot of good has happened in that time. But this is a stark reminder of how much we still need to do.”

Much has changed in the 20 years since the Violence Against Women Act became law, with incidences of domestic abuse becoming markedly less frequent. Between 1993 and 2010, the rate of intimate partner violence declined by 67%, according to a White House fact sheet. The rate of women being murdered by men in single victim/single offender incidents has also fallen, by 26% between 1996 and 2012, according to a new report from the Violence Policy Center.

That’s partly because there’s a new openness among women and men to address incidences of violence at home. The National Domestic Violence Hotline has received over 3 million calls since 1996, and 92% of callers admit it’s their first call for help. In the late 80s and early 90s, when Soler was working to launch a nationwide campaign using the slogan there’s “no excuse” for abuse, “domestic violence was called a domestic dispute,” she says. “People just excused the behavior.” Passing VAWA, she says, “was a statement that this country and our policymakers were taking the issue of violence against women seriously… For me, that was the main victory.”

But Soler knows there’s work still to be done. For proof, she needn’t look much further than the initial response of the National Football League to Rice’s beating of his wife. Though the running back was released by the Baltimore Ravens following the video leak, he initially received a two-game suspension—a softer punishment than players who have violated drug policies have received. And while two players, the Carolina Panthers’ Greg Hardy and the San Francisco 49ers Ray McDonald have been arrested (and in Hardy’s case, convicted) for domestic violence, both joined their teams on the field last Sunday.

The movement to continue the fight to protect women and children from violence—and more importantly, keep it from happening in the first place—may have found another moment, Soler says. But it’s not enough to be reactive about such incidents. “While it’s important that we have a strong response system in place once something horrible happens, on the other hand it is not just ok for us to wait for something to happen,” says Soler. “We need to figure out more effectively how to stop this. And be super aggressive about that.”

In an interview with TIME ahead of the 20th Anniversary of the Violence Against Women Act, which is coming up on Sept. 13, Soler laid out 6 things the nation can do right now to address the issue.

Bring Young People into the Equation

Stand Up to Rape Culture

Bring Men into the Conversation

Keep Talking About It 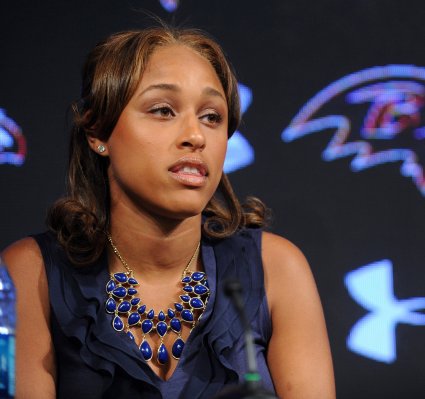 Why Women Stay: The Paradox of Abusive Relationships
Next Up: Editor's Pick