Beyoncé and Jay Z Crash a Wedding in Italy

Beyoncé takes a picture with a bride while vacationing in Portofino, Italy on Sept. 6
CIAO/AKM-GSI
By Eliana Dockterman

They are about the best wedding crashers you could ask for: Beyoncé and Jay Z took a break from their vacation in Portofino, Italy, to surprise a bride at her wedding. The diva posed for pictures with the bride while wearing sunglasses and a bikini.

Though Jay and Bey dropped in on this Italian wedding, they were conspicuously absent from Kanye West and Kim Kardashian’s recent nuptials in Florence, Italy, opting instead to spend the weekend in the Hamptons. “It doesn’t even matter to me whatsoever, who would show up. Because the most important person to show up there, to me, was Kim. And that’s all that matters to me. I had to fight for that for seven years,” West told GQ of his Watch the Throne partner’s no-show.

The couple is vacationing in Italy with daughter Blue Ivy to celebrate Beyoncé’s birthday, which was on Sept. 4. The two are slated to finish their On the Run Tour in Paris on Sept. 12 and 13.

The couple recently tried to dispel rumors of an impending split at the MTV Video Music Awards, where Jay Z presented his wife with the Video Vanguard Award. He called the woman the “greatest living entertainer” before kissing her. 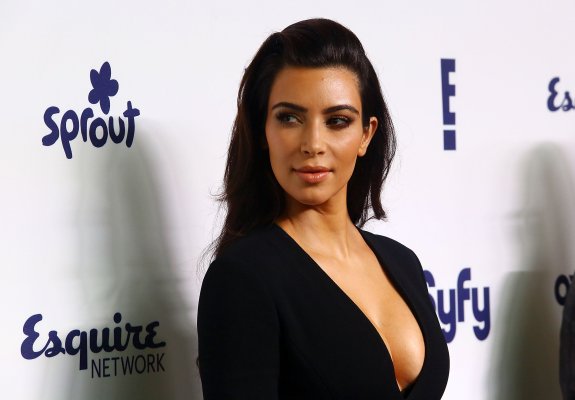 Kim K. Took a Selfie During Her ALS Ice Bucket Challenge
Next Up: Editor's Pick