Run away now, Ray: The former Raven is paying a price for his self-regard
Baltimore Sun; MCT via Getty Images
By Jeffrey Kluger

No one will ever get inside Ray Rice’s head except for Rice himself—and from the looks of things, it’s not a place you’d want to spend any time anyway. It’s up to the former Baltimore Raven himself to figure out how he arrived at the moral point that he was able—and, more troubling, willing—to cold-cock his then-fiancée across the face, causing her head to strike an elevator hand rail and knocking her utterly unconscious. Dragging her to the floor outside the elevator and using his feet to move her limp legs out of the way was a second level of inexplicable ugly.

But there are answers to be found in Rice’s profession—professional sports in general and the National Football League in particular, as I explore in my new book, The Narcissist Next Door. Pro athletes have increasingly earned a reputation as serial lawbreakers, and it’s a rep they come by rightly. The morning’s rap sheet has become a near staple in the sports pages, with regular reports of which athletes got picked up on which charges the night before—charges that range from DWI to weapons possession to drug possession to brawling to domestic violence to, in the most extreme cases, multiple murder.

It’s gotten so bad that the San Diego Union-Tribune has taken to posting a regularly updated NFL Arrests Database, with 719 entries so far, dating back to Denver wide receiver Rod Smith’s Jan. 24, 2000, bust for third-degree assault. For convenience, you can refine your search by date, team, position, name, incident and resolution. This should be parody; it’s not. And it’s all a part of the suite of narcissist behaviors too many athletes exhibit.

“I wanted to do what was best for, you know, LeBron James, and what LeBron James was gonna do to make him happy,” said, well, LeBron James, about his 2010 decision to leave the Cleveland Cavaliers for the Miami Heat—or, as he put it, “to take my talents to South Beach.”

“If they don’t sign me, sorry, but I must go. That’s what Carlos Zambrano thinks,” said, yes, pitcher Carlos Zambrano when he was in contract negotiations with the Chicago Cubs.

Narcissists come by their self-regard in a lot of ways. There’s heritability—with studies showing that genetics play a role in the trait in up to 77% of all cases. There is, too, the so-called mask model of narcissism, with overweening self-regard in fact a masquerade to conceal its exact opposite—a deep well of self-loathing or at least low self-esteem.

And then there is narcissism that is exactly what it appears to be—a toxic mashup of grandiosity, lack of empathy, and indifference to the rules. This is thought to be what’s behind the behavior of most reprobate athletes because the fact is, they are outside the rules. Spend your life being regularly feted by coaches and classmates, getting waved through college classes you may never even have attended, inking an eight-figure signing bonus just for agreeing to terms with a team for which you’ve yet to do a single day’s work, and why should you think you’re part of the same accountable community as everyone else?

Even when athletes misbehave and the hammer does come down, it’s often wrapped in velvet. Rice’s initial punishment was the NFL equivalent of a traffic ticket—a two-game suspension that would have stood had the latest video not seen the light. The Yankees’ Alex Rodriguez was suspended for the entire 2014 season for using performance-enhancing drugs, but what of it? He’s nearing the end of his career anyway, he’s fabulously wealthy, and he’s free to come back next season, never mind the fact that most fans—to say nothing of the Yanks themselves—would probably love to see the back of him. Even the athletes who do wind up booked and charged often get off easy—which is what millions of dollars to spend on a legal team will get you (see e.g. Simpson, O.J., double murder).

The answer, if there is one, begins with removing the velvet from the hammer. Quarterback Michael Vick served 21 months behind bars for running a dogfighting ring and killing the animals that didn’t please him, and while you may or may not think he ever deserved the chance he’s gotten to play again in the NFL, his sentence sent a powerful message—making it far likelier that the NFL has seen its last dogfighting ring. Rice may come back one day too—though surely not with the Ravens—or he may be finished for good. But in this case the unaccountable player was eventually—if too late—held to serious account.

Narcissistic players have only themselves to blame for their misdeeds. But the first important step in making sure they quit thinking they’re outside the rules is for people in authority to start applying them—and in ways that hurt. 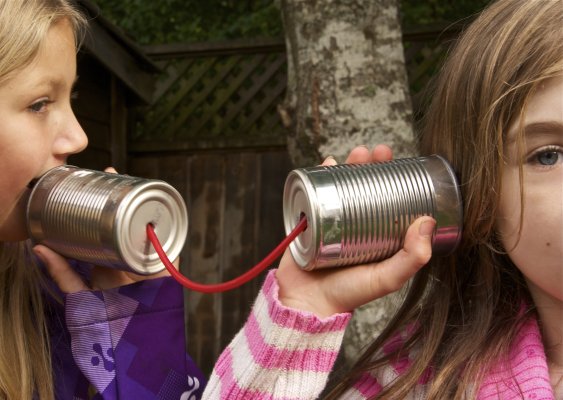 The 10 Rules You Need to Communicate Effectively
Next Up: Editor's Pick