Facebook’s valuation passed the $200 billion mark for the first time Monday. The company’s stock closed at $77.6, a new all-time high, giving it a market capitalization of $200.26 billion, according to Google Finance.

The social network has consistently impressed Wall Street analysts in its quarterly earnings reports over the last year thanks to robust growth in mobile usage and advertising revenue. Many analysts believe future prospects for the company are extremely high because Facebook has not yet begun to monetize acquisitions like Instagram and WhatsApp or place a significant number of pricey video ads in users’ News Feeds.

Facebook is also continuing to grow its user base quickly outside the U.S. The company announced today that it now has 100 million users in Africa, which it says is half the total number of Internet-connected people on the continent.

By comparison, Apple, the most valuable company in the world, had a market cap of $590 billion at the close of trading today. Google’s market cap was about $400 billion. 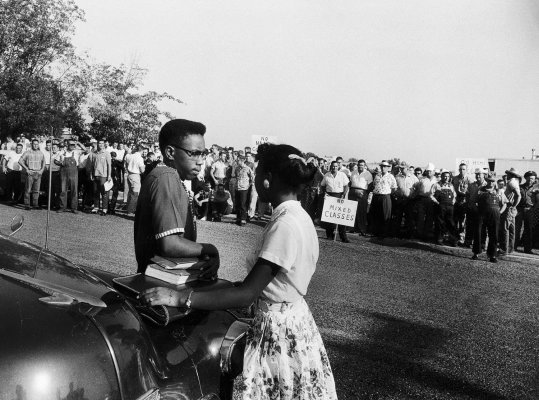 How to Fool a Racist Mob: Lesson One
Next Up: Editor's Pick