Author J.K. Rowling took to Twitter on Saturday to express her opposition to the upcoming vote on Scotland’s independence from the U.K. England and Scotland have been united politically for 307 years, and Scots will vote on whether to secede from the U.K. on Sept. 18.

Rowling is English, but lives in Scotland and has donated significant funds to the Better Together Campaign (#bettertogether) which advocates for keeping Scotland in the U.K.

Below are a couple of her tweets:

In the second tweet, Rowling expresses her hopefulness over rumors that the U.K. government will offer the Devo Max option (short for maximum devolution) as an alternative to independence. Devo Max would provide greater economic and political independence to Scotland while keeping it in the U.K.

The author has received backlash for her firm opinion on the matter, especially after she wrote a long essay about her position in June. Rowling says she opposes secession because of the potential for an economic mess, as well as cuts to research funding. “Having put a large amount of money into Multiple Sclerosis research here, I was worried to see an open letter from all five of Scotland’s medical schools expressing ‘grave concerns’ that independence could jeopardize what is currently Scotland’s world-class performance in this area,” she wrote.

Rowling has even called parts of the debate “a little Death Eaterish for my taste.” 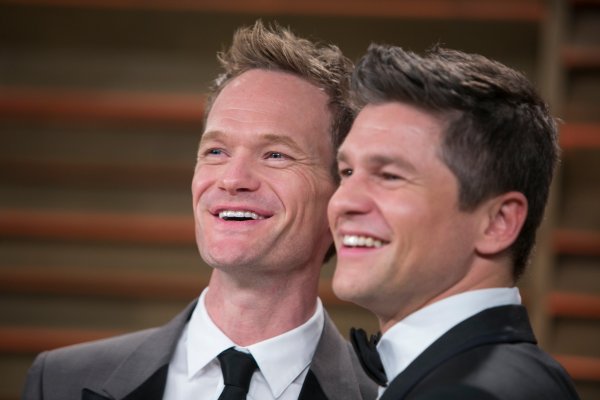 Neil Patrick Harris Got Married Over the Weekend
Next Up: Editor's Pick