An anniversary likes a round number, but 9/11 doesn’t always give us that. It’s the same awkwardness that Jeffrey Kluger described in the pages of TIME’s Sept. 17, 2007, issue: “A sixth anniversary is an awkward thing, without the raw feeling of a first or the numerical tidiness of a fifth or 10th,” he wrote. “The families of the 2,973 people murdered that day need no calendrical gimmick to feel their loss, but a nation of 300 million — rightly or wrongly — is another matter.”

Here are 13 essential stories on Sept. 11 from TIME’s archives, originally compiled for the event’s 13th anniversary.

TIME’s editors had just a few days to pull together the entirety of the Sept. 14, 2001, issue. Much of that work fell to Nancy Gibbs, then a senior editor and now the magazine’s editor, who wrote a story that filled nearly every page. The piece is a recounting of what happened that morning, not only to the President and the hijackers, but also to those who were in the wrong place at the wrong time and those who went there later, to help.

The full text of this article is now available free of charge in TIME’s archives. Click here to read it.

By Sept. 24, 2001, there had been some time — not much, but some — to understand the scale of the day. The “One Nation, Indivisible” issue of TIME brims with the images that are most often remembered when thinking back to that day: President Bush, the missing posters, the flags. But there are also the moment-of memories that, for most of us, have likely faded to gray. The 1-800 numbers to call for information about helping; the 1-800 numbers to call if you were the one who needed the help. Once again, Nancy Gibbs wrote the issue’s cover story, a look at the national mood as the new reality set in:

As part of the 2001 Person of the Year issue honoring New York City Mayor Rudolph Giuliani, TIME put together an extensive oral history of Sept. 11:

On the first anniversary of the attacks, TIME looked at the lives of 11 people who had been deeply affected by 9/11. Though others are more famous, from the President to the head of the Victim Compensation Fund, Genelle Guzman-McMillan’s story is equally worth remembering. John Cloud profiled the last person to be found alive in the rubble of the Twin Towers, a Port Authority employee, and finds that survival is far from simple:

As the post-Sept. 11 mood of national unity began to show cracks in the years after the attacks, perhaps no one better exemplified that change than divisive documentarian Michael Moore, whose film Fahrenheit 9/11 remains the top-grossing documentary in movie history. Richard Corliss profiled the filmmaker for a cover story shortly after it hit that milestone:

Romesh Ratnesar parsed the 567-page 9/11 commission report and found it meticulous — but questioned whether the knowledge it contains can possibly make a difference:

Kristen Beyer came to West Point because she was recruited for swimming, but mere weeks had passed before it became clear that the service she had signed up to give after graduation would not be in a peacetime army. Nancy Gibbs and Nathan Thornburgh profiled Beyer and two of her classmates on the eve of their graduations:

Much of the media narrative after 9/11 was about how pop culture was going to become more sincere and more serious. Then a few more years went by, and James Poniewozik wrote about how those predictions turned out to be false:

On the fifth anniversary, Lev Grossman investigated why so many people want to believe that the rest of us are missing something about what happened on Sept. 11:

David Von Drehle reported on the killing of Osama bin Laden, from President Bush’s 2001 uttering of the words “dead or alive” to President Obama’s finding himself in the Situation Room:

Ten years after 9/11, TIME featured interviews with 40 people who led, who helped, who survived. The website that accompanied the print project won an Emmy award in 2013; it can be found online at http://content.time.com/time/beyond911

As One World Trade Center neared completion, Josh Sanburn wrote about the new building, a dozen years in the making :

When the 9/11 museum opened this spring, Richard Lacayo looked at the way it preserves the past and serves the future: 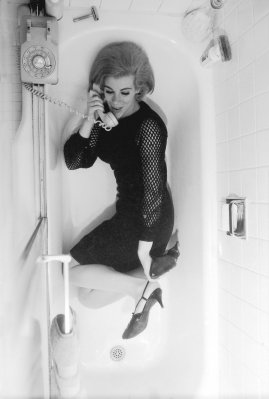 These Are Joan Rivers' Best One-Liners
Next Up: Editor's Pick