If the World Was a Village: Tech Edition

Earlier in the year I wrote an article called Computing’s S-Curve. We are on the path to connecting the planet via pocket computers. This is so incredibly significant that it’s difficult to overstate.

In many of the presentations we give at Creative Strategies, we emphasize that we are still early in the technology age. We point out that the first 25 years of computing were focused on bringing computers to business. The next 25-plus years will be focused on bringing computers to every person on the planet. Much of this is driven by Moore’s Law.

When presenting to more PC-focused audiences, this is a favorite slide for emphasizing the role Moore’s Law plays in bringing computing to the masses:

We still have a long way to go but as Benedict Evans points out, this opportunity to connect the planet is hugely beneficial from humanity’s standpoint.

So where are we when it comes to connecting the planet today? Using a range of statistics I gathered, I made a chart showing a few of my favorite data points, asking, “If the world was a village of 100 people, how many would be using what technology?”

What strikes me about these statistics is that only one of them is over 50%. The mobile phone (not smartphone) is in use by 63% of the global population. Many of these mobile phone users have multiple subscriptions, which is why the latest data from the ITU pegs total mobile subscriptions at nearly 7 billion.

What makes mobile phones — with 63% percent of the global population owning one — interesting is that by 2020, those will all be smartphones. To help drive that transition, we now have smartphones that cost $33 and we will have $10 smartphones by 2020.

Yet, we still have a long way to go. I made this chart using some new data from the TNS Connected Life survey:

This chart shows the percentage of smartphone users and non-smartphone users in each of these large global markets. I’ve added their respective population as well in order to see the opportunity for growth and scale.

As we empower billions of new consumers with pocket computers ubiquitously connected to the Internet, it is bound to have an impact on the economies of these emerging markets. Economists estimate that bringing connectivity to a market can increase the GDP of that region anywhere from 1-3%.

The Internet has been one of the most critical and disruptive inventions of our era. Bringing the Internet to nearly everyone on the planet may be even more disruptive when all is said and done.

Mobile’s impact will be widespread. Note this chart from Chetan Sharma Consulting.

There are 14 global trillion-dollar industries; mobile has the potential to invade, change and impact them all. In this white paper, Chetan argues that we are entering a new era of connected intelligence. He is correct, and it will be driven by two fundamentals: the connecting of the planet via mobile devices and the connecting of nearly everything else to the Internet.

This article was written by Ben Bajarin and originally appeared on Techpinions. Bajarin is a principal at Creative Strategies Inc., a technology industry analysis and market-intelligence firm in Silicon Valley. He contributes to the Big Picture opinion column that appears here every week. 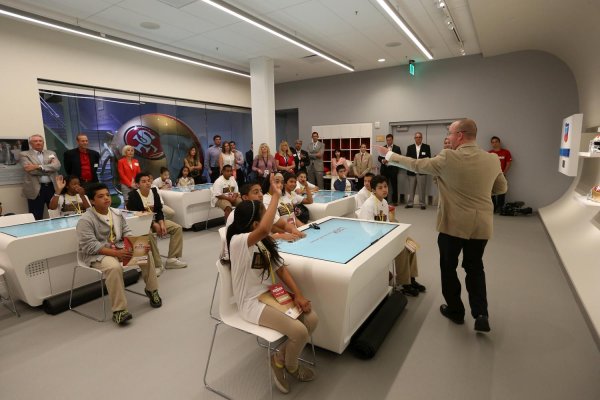