Lung Cancer May Be Detected With a Thermometer

In the continuing effort to find less invasive ways of detecting lung cancer, scientists from Italy announced that your breath’s temperature could be a giveaway of tumors within.

In a report presented at the European Respiratory Society International Congress, Giovanna Carpagnano, from the University of Foggia, said that among 82 people who showed potential signs of lung cancer on X-rays, those who had confirmed lung cancer had higher breath temperatures than those whose readings weren’t as high.

While many factors could contribute to breath temperature, the team also found that the readings were higher the more the participants had smoked, and among those with later-stage cancer.

The findings need to repeated and confirmed, but efforts to find easier ways of diagnosing lung cancer that don’t require biopsies of lung tissue, are gaining ground. Scientists are also working on ways to identify specific chemicals that made by tumors and the odors they emit in the breath. “If we are able to refine a test to diagnose lung cancer by measuring breath temperature, we will improve the diagnostic process by providing patients with a stress-free and simple test that is also cheaper and less intensive for clinicians,” Carpagnano wrote in a statement describing the research. 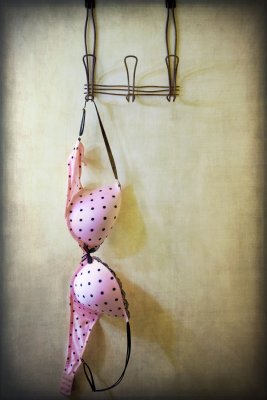 No, Wearing a Bra Will Not Give You Breast Cancer, Study Shows
Next Up: Editor's Pick