U.S. Sen. Ted Cruz, R-Texas, pauses as he addresses attendees at the 2014 Red State Gathering on Aug. 8, 2014, in Fort Worth, Texas.
Tony Gutierrez—AP
By Alex Rogers

The new legislation, titled the Expatriate Terrorists Act, would change the conditions for stripping U.S. citizenship to include becoming a member of, fighting for, or providing “material assistance” to a “designated foreign terrorist organization” that the citizen has reason to believe will terrorize the United States. The militant group Islamic State of Iraq and Greater Syria (ISIS) has captured broad swaths of territory in Iraq and Syria, has publicly beheaded Western journalists and has also attracted some western fighters to its side.

“Americans who choose to go to Syria or Iraq to fight with vicious ISIS terrorists are party to a terrorist organization committing horrific acts of violence, including beheading innocent American journalists who they have captured,” Cruz said in a statement. “There can be no clearer renunciation of their citizenship in the United States, and we need to do everything we can to preempt any attempt on their part to re-enter our country and carry out further attacks on American civilians.”

President Barack Obama has intensified U.S. airstrikes against the group’s fighters in Iraq and indicated Sunday that he thinks he has the executive authority to increase American military efforts against the group in Syria.

Obama will meet with top congressional leaders on Tuesday to discuss his options to counter ISIS, and will outline his plans to the public on Wednesday. 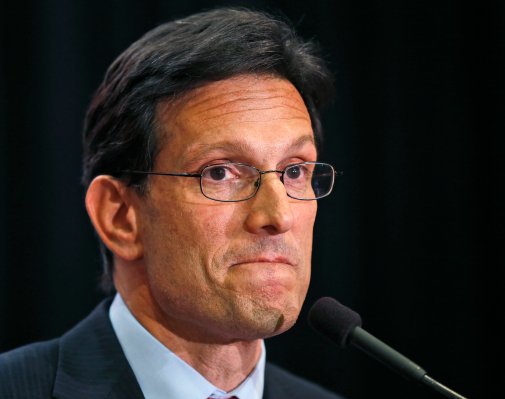