Ray Rice of the Baltimore Ravens sits on the bench against the Dallas Cowboys in the first half of their preseason game on Aug. 16, 2014 in Arlington, Texas.
Ronald Martinez—Getty Images
By NBC News

The fallout from Ray Rice’s suspension continues. TMZ Sports released a video Monday morning that shows the Ravens running back hitting Janay Palmer, then his fiancée and now his wife, while they were inside a casino elevator in February.

After they appear to hit each other in the elevator, Rice is shown throwing a punch with his left hand, and Palmer is knocked off her feet and into a railing, before falling to the elevator floor, apparently unconscious. Months ago, TMZ released a previous video which showed Rice dragging Palmer out of the elevator… 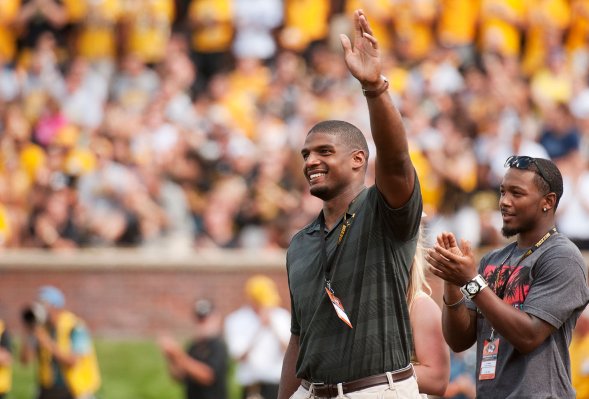