With Monday’s news that the Duke and Duchess of Cambridge are expecting their second child, it was Royal Baby Fever all over again. But, though big brother Prince George is recent history’s most famous recipient of such fervor, he’s far from the first. When father-to-be Prince William arrived on June 21, 1982, TIME commented that even the most anti-royal publications — like the French Communist paper L’Humanité — were glad to celebrate the news.

And TIME was no exception to that rule, as seen in the birth announcement above. The magazine, in its longer story about the news, commented on the as-yet-unnamed baby’s likely nomenclature — “George,” his future heir’s name, was the odds-on favorite; “William” had 5-to-1 odds and “Elvis” was a longshot at 1,000-to-1 — and well-documented lineage. Some history buffs had hoped the baby might be named “Arthur,” after that most famous British king, but pulling a sword from a stone would be unnecessary:

Which means that the new baby will also be a descendant of Count Dracula’s and a relation of Shakespeare’s and George Washington’s.

And, with few details about the new baby available yet, it’s also possible that the new baby will be something different, too: a girl. Though royal-baby-watchers in the ’80s got their fill of the lineage of Ulf Sprakalegg, that’s been an element missing from the royal baby mix for six decades, and one that observers even then were eager to see.

“The birth of a healthy, wanted baby anywhere in the world is always cause for rejoicing,” wrote a TIME reader in a response to the magazine’s coverage of Prince William’s birth — but something was still missing. “The maudlin delight that the new royal baby in England was male is sickening,” she continued. “England’s greatest decades have always been in the reigns of its Queens.” 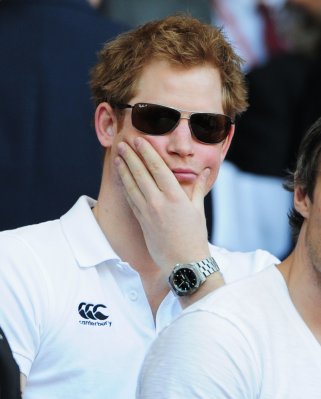