Big Data: the friend you met at a bar after your usual two drinks, plus one. You leaned in, listening more intently than usual. “Digital footprint.” “Information Age.” You nodded and smiled, even though you didn’t understand. “Change the world.” “The future.” You were impressed—and even if you weren’t, you faked it well.

Come morning, you have only fuzzy recollections of Big Data, its tag lines and buzzwords. You also find it vaguely reprehensible.

If you’re still up for it, there’s another side of Big Data you haven’t seen—not the one that promised to use our digital world to our advantage to optimize, monetize, or systematize every last part our lives. It’s the big data that rears its ugly head and tells us what we don’t want to know. And that, as Christian Rudder demonstrates in his new book, Dataclysm: Who We Are (When We Think No One’s Looking), is perhaps an equally worthwhile pursuit. Before we heighten the human experience, we should understand it first.

Rudder, a co-founder of OkCupid and Harvard-educated data scientist, analyzed millions of records and drew on related research to understand on how we search and scramble for love. But the allure of Rudder’s work isn’t that the findings are particularly shocking. Instead, the insights are ones that most of us would prefer not to think about: a racial bias against black women and Asian men, or how “gay” is the top Google Search suggestion for “Is my husband… .”

Here are 9 revelations about sex and dating, courtesy of Rudder, Dataclysm, and, of course, big data.

Although women tend to seek men around their age, men of all ages are by far looking for women in their early 20s, according to OkCupid data. While men often set their age filters for women into the 30s and beyond, rarely do they contact a woman over 29.

2. Straight women are far less likely to express sexual desire than are other demographics.

3. “Most men lead lives of quiet desperation and go to the grave with the song still in them.”

4. Searches for “Is my husband gay?” occur in states where gay marriage is least accepted.

Here’s a Big Data nugget you can see for yourself: Type “Is my husband” in Google, and look at your first result. Rudder notes that this search is most common in South Carolina and Louisiana, two states with some of the lowest same-sex marriage approval rates.

5. According to Rudder’s research, Asian men are the least desirable racial group to women…

On OkCupid, users can rate each other on a 1 to 5 scale. While Asian women are more likely to give Asian men higher ratings, women of other races—black, Latina, white—give Asian men a rating between 1 and 2 stars less than what they usually rate men. Black and Latin men face similar discrimination from women of different respective races, while white men’s ratings remain mostly high among women of all races.

6. …And black women are the least desirable racial group to men.

Pretty much the same story. Asian, Latin and white men tend to give black women 1 to 1.5 stars less, while black men’s ratings of black women are more consistent with their ratings of all races of women. But women who are Asian and Latina receive higher ratings from all men—in some cases, even more so than white women.

OkCupid tracks how many characters users type in messages versus how many letters are actually sent. (For most users, it’s three characters typed for every one character sent.) In doing this analysis, Rudder found that up to 20% of users managed to send thousands of characters with 5 keystrokes or less—likely Control+C, Control+V, Enter. A little more digging showed that while from-scratch messages performed better by 25%, copy-and-paste messages received more replies per unit of effort.

READ MORE 10 Rules You Need to Know to Communicate Effectively

8. Your Facebook Likes reveal can reveal your gender, race, sexuality and political views.

A group of UK researchers found that based on someone’s Facebook Likes alone, they can tell if a user is gay or straight with 88% accuracy; lesbian or straight, 75%; white or black, 95%; man or woman, 93%; Democrat or Republican, 85%.

Rudder has doled out some heavy info to ponder, so here’s some that’s a little lighter: in general, according to his research, in states where it’s hotter, people shower more; where it’s colder, people shower less. Still, the Northeast is relatively well-washed. Except, that is, for Vermont. Rudder has no idea why. Do you?

Rudder has a few takeaways from beyond the realm of love, too…

Rudder dives further into social media data to show that Mitt Romney gained 18,860 new followers at 8 a.m. on July 22, 2012. Nothing particularly interesting happened on that day, and that spike in followers was about 200 times what he was getting immediately before and after. The secret? Likely purchasing followers. And Romney isn’t the only politician to do so—it’s a common practice, Rudder says, as we seek to strengthen our “personal brands.”

— Obama’s election and inauguration caused a massive spike in Google searches for “n-gger.”

According to Google Search data, search volume for “n-gger” more than doubled when Obama was elected in Nov. 2008, then fell rapidly within one month. When Obama was inaugurated in Jan. 2009, it similarly spiked, and then immediately fell. We don’t have national conversations on race, Rudder suggests, just national convulsions. 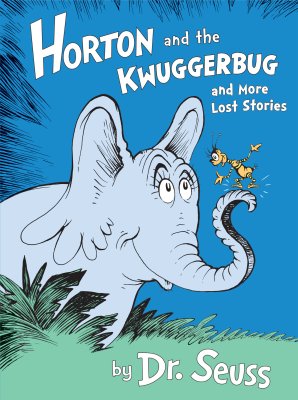