Nine Dead in a Hotel Bloodbath: Welcome to Campaign Season in Kabul

Four gunmen passed through heavy security at a luxury hotel in central Kabul on Thursday evening, opening fire on guests and staff and killing nine civilians, including four foreigners, according to officials in Kabul on Friday morning. At least four others were also injured in the attack.

Police say the four young men had hidden pistols in their boots and passed through security at the Serena hotel undetected. The government says they hid out in the hotel for hours before about 9 p.m., when guests reported hearing several gunshots. All four gunmen were killed.

The Serena is popular with foreigners, diplomats and affluent Afghans and, despite heavy security, has been the target of attacks before.

The Taliban was quick to claim responsibility for the attack, which comes just weeks before Afghans are due to go to the polls on Apr. 5 to elect a new president. On Mar. 10, the militant group vowed to use “all force” to disrupt the elections, claiming that whoever succeeded President Hamid Karzai would be a proxy for the United States. “It is the religious obligation of every Afghan to fulfill their duty by foiling the latest plot of the invaders that is [disguised] in the garb of elections,” the statement said.

According to AFP, earlier in the day the Taliban attacked a police station in Jalalabad in eastern Afghanistan, killing at least 18. In a three-hour siege of the station in the middle of the city, ten police officers and one civilian were killed, along with the seven suicide attackers.

A string of recent attacks on high-profile targets, including security installations and foreigners, has cast a shadow over what will be the country’s first democratic transfer of power since 2001. In January, Taliban fighters stormed a popular Lebanese restaurant in a diplomatic enclave in Kabul, killing 21, mostly foreigners. Earlier this month, Swedish journalist Nils Horner was murdered in the same area. (A Taliban splinter group claimed responsibility for that attack.)

Election-related violence has also been on the upswing in recent weeks. As the presidential candidates hold rallies around the nation, several campaigners have been killed and injured. On Mar. 12, four members of the Independent Election Commission were kidnapped in eastern Nangarhar province next door to Pakistan. The last presidential elections in 2009 were marred by fraud, violence and voter intimidation.

The growing state of insecurity ahead of this vote will once again keep many voters in unstable parts of the country away from the polls. It also opens up the doors for more foul play, which will ultimately weaken the mandate of whatever government comes to power, says Wahid Mozhda, an analyst and former foreign ministry official in the Taliban government. “If no monitors can go watch, people can stuff boxes.” He says in 2009, political forces – not just the Taliban – were involved in the intimidation of civilians to disrupt the vote, and expects worse this time around. 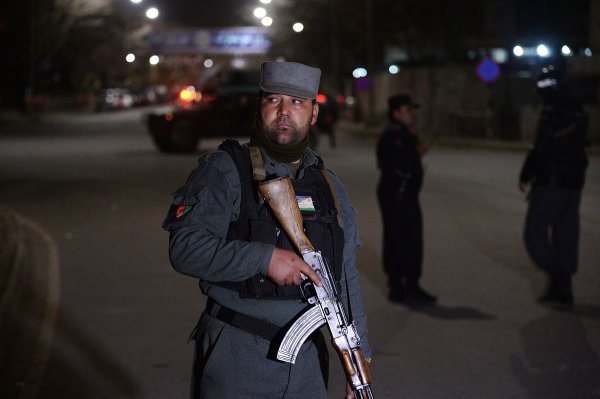