Potential Vaccine Shows Some Promise, but the Spread of Ebola Is Accelerating

Participants arrive at the opening of a consultation of international experts on potential Ebola therapies and vaccines in Geneva September 4, 2014.
Denis Balibouse / Reuters—REUTERS
By Per Liljas

The animals received “complete short-term and partial long-term protection” from a single shot, and “durable” immunity after being given booster shots two months later, researchers said. Human trials will begin this week, and assessments of its efficacy and safety are expected by early November.

The World Health Organization (WHO) announced Friday that it would attempt to fast-track the use of experimental drugs to combat a West African epidemic now virtually out of control.

About half of the estimated 4,000 people who have contracted Ebola since the outbreak began in March have been infected over the past month. The real number of infected is likely much higher, since that figure only accounts for lab-confirmed cases. If the accelerated speed of the spread continues, WHO’s projection of 20,000 cases by October could well be surpassed.

New cases have been confirmed in Nigeria and Senegal, and a grave lack of hospital beds in Liberia is sending scores of suspected victims back to their homes, severely aggravating the risk of death and additional contagion. The U.S. Agency for International Development (USAID) announced Thursday it would build 10 Ebola centers with 100 beds each. The European Union also said Friday that it would pledge $181.3 million to the worst-hit countries of Liberia, Sierra Leone and Guinea — but huge problems remain.

“We could get a bunch of tents and beds in here in no time,” Jeremy Konyndyk, director of USAID’s Office of U.S. Foreign Disaster Assistance, told the Wall Street Journal. “The hard part is who staffs those beds.”

WHO calculates that it takes between 200 and 250 health workers to care for 80 Ebola patients. But the process of attracting personnel to assist in the battle has proved to be difficult. For now, many infected people unable to receive hospital care are relying on home treatment kits provided by USAID.

Doctors Without Borders is urgently looking to hire additional workers, and the U.S. Centers for Disease Control and Prevention is initiating a recruitment and training program.

If an American doctor who is currently being treated for Ebola continues to make progress, it is possible that recruitment efforts will be given a slight boost. However, the recovery of Dr. Rick Sacra is by no means certain.

The 51-year-old obstetrician and experienced missionary worker was infected on assignment in Liberia, and arrived at the Nebraska Medical Center in Omaha on Friday. He is weak, but in a stable condition, and is showing encouraging signs to staff.

“He’s made a few jokes,” Dr. Phil Smith, one of the doctors tending to Sacra, told AP on Sunday. “In my experience, that’s a good sign. But it’s too early to say he has turned a corner.”

His wife issued a statement Saturday asking the world to continue to focus on the wider outbreak and not just her husband’s illness. 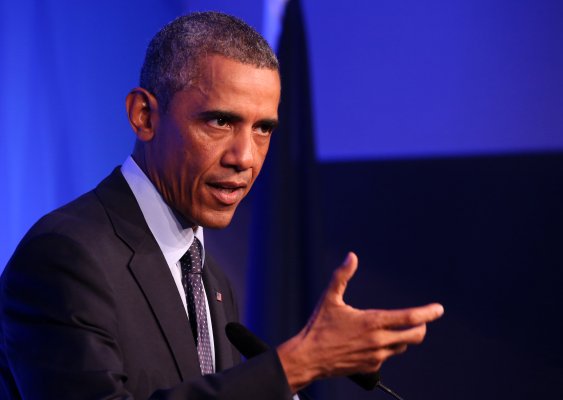 Obama: Ebola 'Could Be a Serious Danger' if U.S. Doesn't Act
Next Up: Editor's Pick