Stray dogs walk in front of the Bolshoy Ice Dome ahead of the Sochi 2014 Winter Olympics on February 2, 2014 in Sochi, Russia.
Quinn Rooney / Getty Images
By Dan Kedmey

Over the howls of animal rights activists, Sochi city officials have hired a company to cull stray dogs from the city’s street.

“Let’s call things by their real name,” the owner of the company, Alexei Sorokin, told ABC News. “These dogs are biological trash.”

In an interview that’s unlikely to pacify animal rights activists, Sorokin said roving packs of dogs threatened the safety of Olympic crowds. The dogs could attack spectators, he said, or spread rabies or perhaps run onto a ski slope just as a jumper is coming in for a landing at 130 kilometers an hour.

City officials declined to comment on stray dog problem or how else the dogs might infiltrate the Olympic games. 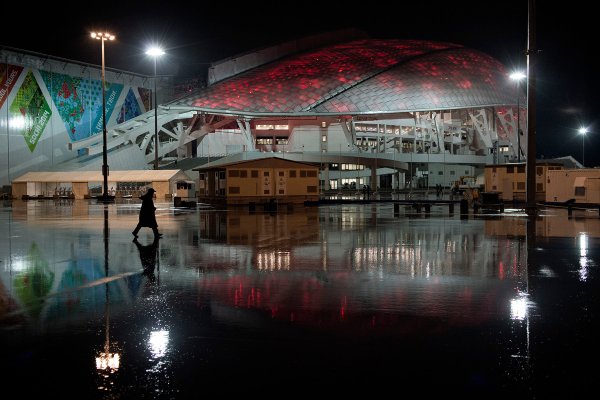