After spending a couple days at a NATO summit in Wales tending to international issues like the challenge of Islamic militants in Iraq and Syria and the West’s role in the Ukraine crisis, President Barack Obama finally got down business Friday with a surprise visit to Stonehenge.

“How cool is this,” he said. “It’s spectacular, it’s spectacular. It’s a special place. Obama said he’d “knocked it off the bucket list.”

As rumors of his visit spread through the area, though, one family who lives near the iconic site rushed to catch a glimpse of America’s commander-in-chief.

Janice Raffle, who lives close to Stonehenge with her husband and three sons, is an activist who runs 10k races wearing a bee costume to raise awareness about the decline in the bee population.

Raffle and family walked over to Stonehenge during the President’s visit and spotted Obama amid his entourage by finding his blue shirt amid all the dark suits.

The President waved to the family before eventually walking over to say hello, shake hands and give them one of the coolest selfies the Raffle clan is ever likely to take.

And in case you’re not familiar with what all we’re talking about with this “Stonehenge” stuff, here’s a really important tutorial from This is Spinal Tap. 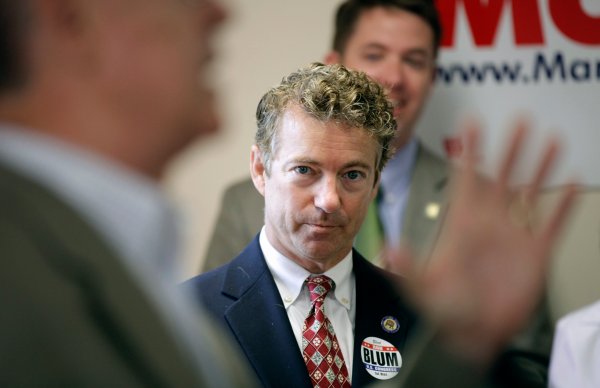 I Am Not an Isolationist
Next Up: Editor's Pick