How ISIS Is Recruiting Women From Around the World

Fighters from the Islamic State of Iraq and Greater Syria marching in Raqqa, Syria, on Jan. 14, 2014
AP
By Aryn Baker

Even as the world expressed its horror at the beheadings of American journalists James Foley and Steven Sotloff by the radical militant group the Islamic State of Iraq and Greater Syria (ISIS), there were those who exulted on social media. Self-proclaimed Western jihadists and ISIS supporters in Syria, these people proclaimed victory and promised more killings to come. “I wish I did it,” noted one on a Tumblr blog. Another asked for links to any videos of Foley’s execution and cackled, in a slang-filled Twitter post, that the “UK must b shaking up ha ha.”

They were both women. The Twitter personality, Khadijah Dare, whose handle Muhajirah fi Sham means “female immigrant to Syria,” declared her desire to replicate the execution: “I wna b da 1st UK woman 2 kill a UK or US terorrist!” Her statement may be pure jingoism, but as ISIS attracts more female adherents, the likelihood of seeing a woman brandishing a knife in the terrorist group’s name only increases.

Women have always played a role in war, if not in actual combat then in the vital areas of intelligence gathering, medical care, food preparation and support. ISIS’s vicious campaign to carve out a state ruled by a fundamentalist interpretation of Islamic law is no different, though its strict laws prohibiting mixing between genders has limited women’s presence on the front lines. Instead, women are drawn — or recruited — into vital support roles through effective social-media campaigns that promise devout jihadist husbands, a home in a true Islamic state and the opportunity to devote their lives to their religion and their God.

The exact number of women who have joined jihadist groups in Syria is impossible to ascertain, but terrorism analysts at London’s International Centre for the Study of Radicalisation estimate there are some 30 European women in Iraq and Syria who either accompanied their jihadist husbands or have gone with the intention to marry members of ISIS and other militant groups. That may be less than 10% of the number of Western men currently estimated to be fighting in Syria and Iraq, but the fear is that the number of women involved may grow more quickly. A recently established French hotline for reporting signs of jihadist radicalization has seen 45% of its inquiries involve women, according to the Interior Ministry, and there have been several cases of women, one as young as 16, arrested at France’s airports under suspicion of trying to travel Syria to join Islamist rebels.

Two Austrian girls, ages 15 and 16, went to Syria in April, and in May, 16-year-old British twin sisters followed their older brother to Syria so they could marry jihadists, according to Britain’s Daily Mail newspaper. Nineteen-year-old American convert to Islam Shannon Maureen Conley was arrested by the FBI in April as she prepared to fly to Turkey with Syria as her ultimate destination. She has been charged with conspiring to help a foreign terrorist organization. At least one Canadian woman and two teenage Somalis from Norway are known to have joined jihadist groups in Syria as well. Most of the women are drawn to ISIS, which actively seeks out Western recruits as part of its strategy to expand internationally.

At the beginning, ISIS actively discouraged women from joining. Members active on social media urged their female followers to support jihad with fundraising and by asking their menfolk to join the fight. Women had no place in war, they said. But as the group came closer to its goal of establishing an Islamic state, exceptions were made. Women are necessary for a state to function, says Shiraz Maher of the International Centre for the Study of Radicalisation. Calls went out for female doctors, nurses and engineers. When ISIS took over the Syrian city of Raqqa in 2013, it required a female security force to ensure that local women complied with Islamic laws of dress and conduct. It needed female police to check women passing through checkpoints, in case they were carrying arms for the opposition. Most of all, the Islamic State needed families to grow.

ISIS’s social-media campaign to recruit women isn’t nearly as developed as the one that calls for fighters, but it doesn’t have to be. Western women inspired by fighters’ postings can find like-minded women among the followers, and build a community. From there they easily find the Twitter pages and Tumblr accounts of women who have already made it to Syria — women like al-Khanssa, whose Tumblr photo blog is full of guidance for would-be female jihadists. She offers advice on what to bring (warm clothes, a hair dryer) and what not to bring (coffee and tea — easy to find) interspersed with Quranic verses, religious instructions culled from Islamic websites and photos of Osama bin Laden’s mentor, Abdullah Azzam.

Umm Layth, another Westerner in Syria with a large social-media following, tells her followers that the most difficult part about joining the fight is opposition from family back home. “The first phone call you make once you cross the borders is one of the most difficult things you will ever have to do … when you hear them sob and beg like crazy on the phone for you to come back it’s so hard,” she writes on her Tumblr blog. British authorities believe that she is 20-year-old Aqsa Mahmood, who was reported missing from her Glasgow home by her family in November.

But for any woman who thinks coming to Syria and joining ISIS might bring new opportunities or equal rights, al-Khanssa is clear. “The main role of the muhajirah [female migrant] here is to support her husband and his jihad and [God willing] to increase this ummah [Islamic community].” She follows with a quote culled from a Salafist website: “The best of women are those who do not see the men, and who are not seen by men.” ISIS’s recruitment may take place with 21st century technology, but when it comes to women, its ethos is firmly ground in the seventh. 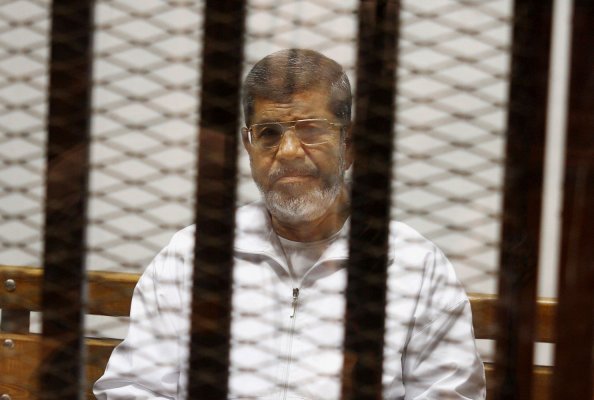