Ukrainian army soldiers go to the front line on an armoured vehicle as pro-Russian separatists fire heavy artillery, on the outskirts of the key southeastern port city of Mariupol, on Sept. 5, 2014.
Philippe Desmazes—AFP/Getty Images
By Denver Nicks

Ukrainian President Petro Poroshenko announced Friday that Kiev has reached agreement on a cease-fire with pro-Russian separatists in eastern Ukraine.

Poroshenko confirmed that Ukrainian envoys negotiating with rebels, representatives from Russia and the Organization for Security and Cooperation in Europe in Minsk, Belarus, signed the ceasefire agreement, which goes into effect Friday.

Via Twitter, rebels too confirmed the ceasefire, which they say starts at 11 a.m. EST.

The agreement comes amid heavy fighting between government forces and rebels in eastern Ukraine, where separatists have declared “people’s republics” in Donetsk and Luhansk. Western countries are considering further sanctions against Russia, which they accuse of stoking violence in conflict by arming and encouraging the rebels.

Fighting between government forces and rebels has raged since mid-April and claimed almost 2,600 lives, according to UN estimates. 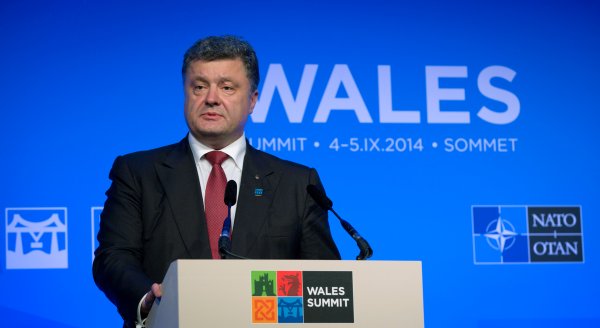