Why Tennis Is the Most Popular Women's Sport

Serena Williams of the US celebrates the first set point against Flavia Pennetta of Italy during their US Open 2014 women's quarterfinals match at the USTA Billie Jean King National Center September 3, 2014 in New York.
Don Emmert—AFP/Getty Images
By Eliana Dockterman

In the women’s final of the U.S. Open on Sunday, Caroline Wozniacki will face off against Serena Williams. But if Williams had her druthers, the match would be determined in five sets, not three.

Men usually play best of three on the circuit, but at the Open and other Grand Slam events, they play best of five. Not so for women, who still play best of three despite protests from a few players like Williams who believe they can do more. “We women are strong, ready, willing and able,” tournament favorite Williams told the New York Times. “All the women players have agreed to it, but it’s not what [the tournaments] want at this time.”

While it’s a long shot that the women’s game will move to best of five set matches, the five vs. three debate is one of the final frontiers for women tennis players striving for equality in the sport. Women tennis players earn more money, endorsements and TV face time than any other female athletes. And they have been gaining on their male counterparts in terms of prize money and skill.

Since 2007, when Wimbledon and the French Open joined the other two Grand Slams in offering equal prize money for men and women players, tennis has etched away at gender barriers. Should Williams hoist the winner’s trophy Sunday, she would take home a cool $4 million, the biggest paycheck ever for the winner (male or female) of a single tennis tournament. That’s because her $3 million prize money would be augmented considerably by the fact that she won the U.S. Open series, the North American tournaments that lead up to the final Grand Slam, which awards an extra $1 million if its winner goes on to take the U.S. Open.

Take the tennis serve. Last month, German player Sabine Lisicki hit a serve at 131 miles per hour, setting a new record for the fastest serve in women’s tennis. (Venus Williams previously held the record at 129 mph.) Though that’s still a far cry from the men’s fastest serves ever recorded—Sam Groth at 163.7 mph followed by Andy Roddick at 149 mph—that’s still the speed at which Roger Federer and Rafael Nadal usually serve. And women are quickly getting better: the top 10 fastest serves recorded in the WTA were all hit in the last seven years. Scientists have posed many theories as to why women’s serves becoming more powerful, but one thing is clear: it’s not the racquets that are improving, it’s the women.

In other sports, women that exhibit skills that come close to those of men are considered an anomaly: 13-year-old Little League pitcher Mo’ne Davis made the cover of Sports Illustrated for throwing baseball pitches as fast as the boys (around 70 miles per hour); Dallas Mavericks’ owner Mark Cuban made headlines in 2013 when he said he might draft Brittney Griner—who dunked 18 times during her college career, a skill usually reserved for men; and Danica Patrick gets as much coverage as superior male drivers simply because she’s a woman competing in a male sport. Though the media has extolled Andy Murray for hiring former player Amélie Mauresmo as a coach—the only woman listed on the coaching staff for a top 40 ranked player—the move has caused less of a stir than the San Antonio Spurs hiring Becky Hammon, the first woman to coach during the NBA regular season, if only because the men’s and women’s games are more similar in tennis than in basketball.

The sad fact is women are stuck playing sports originally designed for men. “Basketball, football, baseball, hockey, lacrosse, volleyball, tennis, poker, NASCAR, and anything else you can think of were created during a time when women were expected to be at home preparing dinner and taking care of the six children while the men were out trying to get their balls into another team’s holes,” Rick Paulas argued in Vice last year. “So, instead of the winner of a sport contest being determined by skills that women excel in (an extremely small sample based on my own experiences: flexibility, agility, nimbleness, intelligence, an insane pain threshold, investment strategies, teamwork, just f***ing living longer), they were geared towards categories like ‘I can push you further’ and ‘I can jump higher than you can jump.'”

The consequences are that women’s sports are not as popular as men’s, and female athletes struggle more than men to get big endorsement deals—even if they’re at the top of their field.

Only three women cracked this year’s Forbes 100 Highest Paid Athletes list, and all three—Maria Sharapova, Li Na and Serena Williams—were tennis players. It’s not that tennis is more lucrative than other professional sports: only three male tennis players made the list too. Women’s tennis is just more popular than any other women’s sport.

And it’s not just superstars like Williams who are benefiting from the closing pay gap. A Quartz analysis of male vs. female tennis player earnings found that there is a gap at the top of the pack—the top man, Roger Federer, has won $82 million from tournaments, while the top woman, Serena Williams, has earned only $56 million— things even out in the middle: Martina Hingis is the 11th highest earner in women’s tennis with $20.3 million from tournaments, compared to the $20.6 million earned by the men’s 11th highest earner, Andy Roddick.

Tennis tournaments have done more than just offer equal pay: the sport is structurally set up to give women an equal opportunity at drawing a crowd. They play at the same time as the men in the big tournaments, and nowadays networks will broadcast as many women’s Grand Slam games as men’s. Being treated similarly to men imbues women’s tennis with inherent value: fans will argue that though women’s tennis is different than men’s, its individual merits make it equally fascinating.

But others say the sport is popular–and female tennis players get the most endorsements—because the women still play in short skirts. The latter explanation would explain why Anna Kournikova racked up $15 million despite never winning a major title. (She is perhaps most famous for a computer virus promising nude pictures of the tennis player in 2001.) This Amy Schumer sketch captures the dichotomy pretty clearly:

It’s arguments like this that have some execs at the WNBA proposing tighter uniforms with shorter shorts. Unfortunately, there are few other ways that the WNBA could mimic women’s tennis to create productive change: playing WNBA games directly after NBA games would be unlikely to draw a bigger audience, and the league simply cannot afford to pay its players equal to NBA players. (BuzzFeed recently compiled a list of 52 NBA players who have higher salaries than all the players in the WNBA combined—and that doesn’t even count endorsement deals.)

Women’s tennis is in a unique position to gain more attention and dollars: all the more reason to even the playing field and let women play five sets. 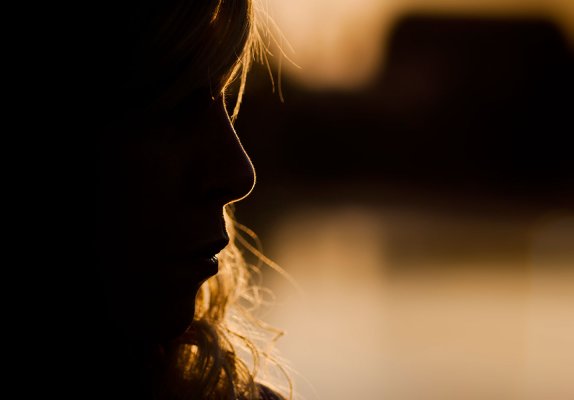 Report: 1 in 5 American Women Are Victims of Rape
Next Up: Editor's Pick