Jameis Winston #5 of the Florida State Seminoles passes against the Oklahoma State Cowboys in the first half of the Advocare Cowboys Classic at AT&T Stadium on August 30, 2014 in Arlington, Texas.
Tom Pennington—Getty Images
By Eliana Dockterman

Florida State University is investigating a claim that Heisman Trophy-winning quarterback Jameis Winston sexually assaulted another student in December 2012. Though the accusations became public in 2013, the school appears to have begun the investigation only in recent months.

John Clune, the attorney representing the woman who was assaulted, says that the university reached out to them in early August. They interviewed her soon thereafter. “In the actual interview, they were very supportive of our client and told our client and her parents that this process will go forward,” Clune told TIME.

Winston maintains through his attorney that the sex was consensual, and his lawyers believe that the university will absolve him of all wrongdoing. “We anticipate the same conclusion that followed her previous three statements to the Tallahassee Police Department, Florida’s State Attorney’s Office and in the FSU Code of Student Conduct hearing,” said Winston’s attorney, David Cornwell. “Jameis Winston did not sexually assault Ms. Kinsman.”

In December 2013, a Florida prosecutor said that he was not pursuing criminal charges against Winston due to what they claimed was a lack of evidence. Winston went on to lead Florida State to the national title and win the Heisman. Clune’s client withdrew from Florida State this last year after her accusation became public and she began receiving death threats. She has since enrolled at another university.

Any hearing held by the university would have a lower standard of proof, called a “preponderance of evidence,” than the “beyond reasonable doubt” burden used in criminal proceedings. Clune says his client would cooperate with the university and participate in the hearing if they asked her to do so. Those who violate the code of conduct at the university can receive a range of punishments from verbal reprimands to expulsion.

The probe into the Winston case comes just months after the federal government launched an investigation at Florida State and 76 other schools across the country to determine whether they are mishandling cases of sexual assault. Title IX, the law which Florida State may have violated, prohibits sexual discrimination at schools receiving public funds and includes rules designed to combat sexual crimes.

Many schools are working on internal reforms to fall in line with Title IX rules. This week, Florida State announced several new programs to curb sexual assault on campus including an awareness campaign dubbed “Know More.”

Clune says his client has mixed feelings about the investigation. “It would have been really nice for her to get some sort of response like this when it would have helped her stay at Florida State. She really loved going to school at Florida State,” he said. “But at the same time any sort of meaningful response, even if it’s not going to help her in particular, I think feels assuring that it’s not being swept under the rug.” 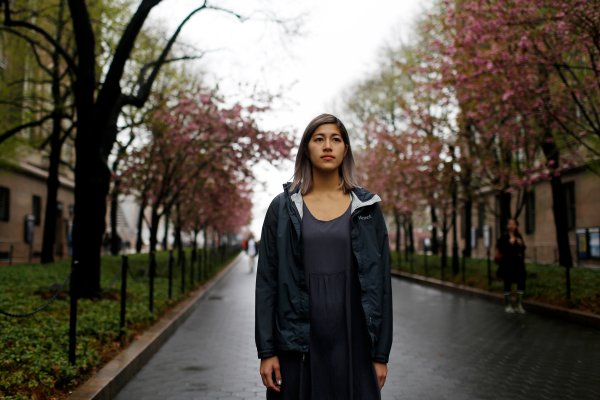 Student to Carry Mattress Until Alleged Rapist Leaves Campus
Next Up: Editor's Pick