Vehicles drive past the Major Chrysler Jeep Dodge Ram dealership as the Empire State building stands in the background in the Queens borough of New York, U.S., on Monday, Sept. 1, 2014. Domestic and total vehicle sales figures are scheduled to be released on Sept. 3. Photographer: Craig Warga/Bloomberg via Getty Images
Bloomberg—Bloomberg via Getty Images
By Denver Nicks

More than Chicagoans, more than Houstonians, more than Los Angelenos, single New Yorkers are on the hunt for long-term relationships. (News to us, yes!)

That’s according to a survey of 15,000 users of the dating app Clover, which matches users with other people nearby who like them (sort of the equivalent of Tinder, but with some added functionalities and without the dreaded accidental left swipe remorse.) The results—which, it must be stressed, are as unscientific as it gets—indicate a stark divide: Thirty-nine percent of New York City (NYC) respondents said they’re looking for a Long Term Relationship (LTR), compared to 27%, 25%, and 22% of those in Chicago, Houston, and LA, respectively.

For denizens of New York City, those results might be met with disbelief. My own experience and a quick survey of friends’ dating lives in New York confirms that, anecdotally at least, we think of New York City as a free-wheeling land of singles and casual sex. In the land of possibility, LTRs are like unicorns: mythical things that few have ever actually seen, which are presumed to be beautiful, yes, but also capable of making you feel like you’ve been trampled by hooves and spiked repeatedly through the gut.

“It can’t be done,” said one woman, when asked about having an LTR.

“Must have car and sailboat,” said another woman.

“I believe this is day 1,167 of my captivity,” said a male friend, who is in an LTR, so take from that what you will.

New York City’s zeitgeist Paper of Record, The Onion, reported in 2005 that Kirk and Deanna “surprised friends by exceeding second-quarter expectations” after Deanna “merged with Kirk six months ago.” This is despite the fact that “there was an exchange of liquid assets on the first date, which is suicide in this dating market (and) not the sort of thing that generally leads to a permanent merger.”

The old saw of how difficult it is to find lasting love in New York City is so deeply embedded in our culture that one of the most successful TV shows in the history of the known universe was created around exactly that question.

So what gives? Here’s one theory.

A sex survey of 1,100 New York Post readers (about 2/3 of them men) that came out Wednesday found that respondents are a pretty kinky bunch: Forty-seven percent admitted to sexting multiple times a day, 58% admitted to watching people have sex from their apartments, and 57% say they’ve done the deed in a cab, on the subway or on a bus (53% of these incidents occurred in Manhattan, in case you’re curious).

Maybe the sexual adventurousness of New Yorkers is driving them to seek out long-term partners with whom to get kinky. A 2012 study form the Journal of Sex Research found that the more the couples made changes in sexual behavior for one another, the happier they were. Hmm, just the sort of thing one is more likely to do in a long-term, committed relationship. 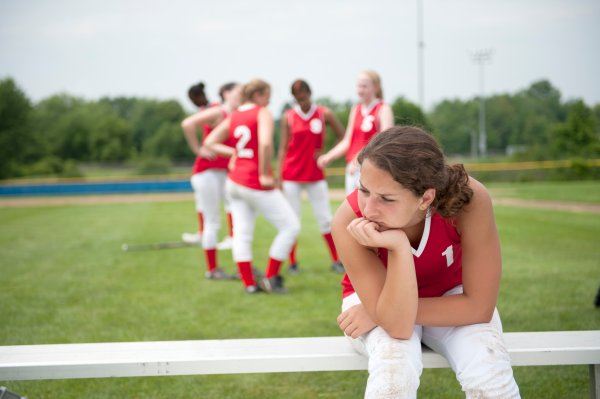 Why It's So Hard to Make New Friends
Next Up: Editor's Pick