10 Surprising Facts You May Not Have Known About Joan Rivers

Legendary comedian Joan Rivers died on Thursday at 81 after complications from throat surgery, her family said. Here are some facts you may not have known about the comedian and television personality:

• She collected Fabergé eggs and had a fair amount of Fabergé elephants. “My husband just loved elephants,” she said when she was getting ready to sell a collection of objects in 2001. ”It has nothing to do with politics, though I don’t think too many Democrats will be bidding on them.”

• She once kissed Barbra Streisand. They acted in the off-Broadway play Driftwood in 1959. Barbra “was all tongue,” Rivers joked to Bravo.

• Starting out, she wrote jokes for Candid Camera.

• Rivers was also once billed at a strip club by the stand-up name “Pepper January” — offering “Comedy with Spice.”

• The funniest people, in her opinion, were Robert Benchley, Woody Allen, Steve Martin and Sarah Vowell.

• Out of all their red carpet interviews, she and her daughter Melissa Rivers picked Tommy Lee Jones as the least friendly.

• European history was her favorite literary genre, she admitted. Growing up she was a fan of Mary Poppins, The Secret Garden and The Middle Moffat.

• A dog lover, she called herself “the Angelina Jolie of barkers.”

A study says owning a dog makes you 10 years younger. My first thought was to rescue 2 more, but I don’t want to go through menopause again.

• She couldn’t get enough of a good steak or shepherd’s pie. 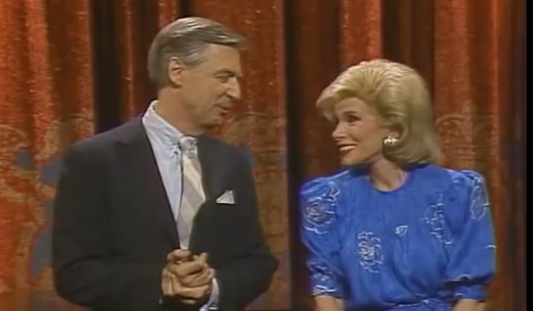