It can be expensive to be poor, the saying goes, and a new survey shows just how far — literally — the impact of living in a low-income area can stretch. Travel site Hopper looked at the price people living in different states pay to fly, on average, from airports in their home state to other destinations in the United States. Overall, states with lower average incomes had more expensive airfares than richer states. For every increase of $1,000 in median household income, Hopper found that round-trip ticket prices dropped by $2.30.

Hopper looked at aggregated flight search data and looked at the cheapest 10% of search results, since high-priced last-minute fares can skew the data too high. The goal was to get a sense of what sort of airfare someone could get if they were looking for a good deal.

In Mississippi, the poorest state, a round-trip flight costs around $400 — within $30 of the most expensive state in the continental U. S. By contrast, people flying out of Maryland, the wealthiest state, pay just $300. (Alaska and Hawaii have higher flight costs, but Patrick Surry, chief data scientist at Hopper, says much of this can be attributed to the distance these states are from the continental U.S.)

“When per capita income is higher, that generally leads to greater penetration of air travel,” says George Hamlin, president of Hamlin Transportation Consulting.

Wyoming is the most expensive state in the continental U.S. to start a trip; a “good deal” on a round trip is $429. The problem is that it’s large, lightly populated and has the fewest airline choices per route of any state, Surry says.

“Competition definitely seems to be a key factor,” he says.

To figure out why it cost so much more to fly from some states, Hopper looked at two competition-stoking drivers of demand — the number of direct flights and the number of airlines a traveler can choose from — along with demand density. Maryland, Delaware and Rhode Island have the cheapest flights, and it’s no coincidence that all three are on the densely-populated Eastern Seaboard.

Aside from there being a greater amount of business travel in states with thriving economies, Hamlin points out that wealthier people are more likely to take vacations involving air travel. “As your income becomes higher you may have a more expensive home, but you typically have some income left over for discretionary purposes.”

“There is a positive feedback loop here where states with a good economy tend to have more demand, which also stimulates the economy,” Surry said. Poor states, on the other hand, are stuck in a catch-22: They can’t attract businesses because they don’t have the airline traffic, they can’t grow their populations because fewer companies means fewer jobs, and that lower demand density makes them less attractive to airlines when the carriers evaluate which routes to service.

For the unlucky fliers in these states, this leads to higher prices because an airline can (and probably will) charge more if it knows it’s the only game in town. 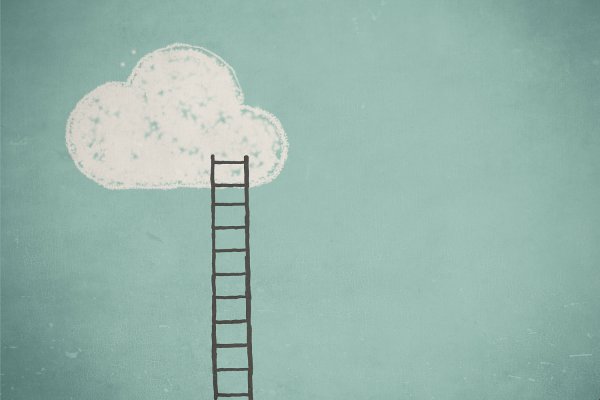 5 Things Super Lucky People Do
Next Up: Editor's Pick