Surgeon: What They Don't Teach in Med School

As the world watched the brutal struggle between the family of Jahi McMath and her doctors after the 12-year-old’s brain-death complication from a tonsillectomy, I was reminded of how hard it is to approach families about dying patients. Many years ago, I was the doctor whose patient had taken an unexpected turn for the worse. Medical education was notoriously as devoid of information about miracles and comas as it was of eye contact and the art of using plain English.

There was one class in med school on how to talk about death and dying and behavior issues in medicine. But the class was sandwiched between hard-science classes with frequent exams that were the focus of nearly every student. The med-school culture — fostered by the testing system and residency competition — rewarded good grades, not self-betterment of behavior skills. Don’t get me wrong, we all wanted to be empathic master communicators with our future patients, but to get there, spending time on this everyone-will-pass class meant a competitive disadvantage next to classmates focused on acing anatomy and physiology.

Years later, I’d forgotten those communication skills when I desperately needed them. It was after a routine operation in which a fatal, 1-in-1,000 complication occurred. I felt horrible, questioning whether I was at fault or it had been an unavoidable outcome, perhaps one I should have warned the patient about more specifically.

Colleagues assured me that it was not my fault, but the suspicion tore at my confidence as I managed the patient’s rocky course in the ICU. I tried to limit my emotional involvement so it would not impair my decisiveness. I reflexively asked myself if there was a textbook that could instruct me on this important balance.

I decided to take the patient back to the operating room in an attempt to save her. We quickly rolled her bed in that direction, but her family asked me to stop in the hallway for 15 seconds to put their hands on me and pray for me. The patient was sedated, but they whispered goodbye in her ear, sobbing, not knowing if they would ever see her alive again. During the re-exploration surgery, I considered every technical option as to how to manage the complication. Finally, I called a colleague to assist me since he had a fresh perspective on the case. He agreed with what I was doing and refreshed my stamina.

After surgery, tragically, the patient kept getting sicker, and I felt more and more consumed by the details of her hourly decline. Nothing else in the world seemed to be going on — not family obligations or personal deadlines. The patient’s mother begged me to do everything, even more surgery.

It was hard to be honest about the outlook, but I told her that further surgery would not offer any new hope. The next day, it was clear that the patient was nearing brain death. For the next few days, the family had hope, but gradually, in the context of a strong trust in the hospital and our team, they digested what we told them — she had suffered too much irreversible injury and was not going to live. We did everything to ensure that she was not in pain. She died with dignity in the arms of her family.

There is a lot we don’t know about Jahi’s case. Given the missteps of the modern medical profession, I understand the skepticism some may have, especially in the difficult time after a family has lost a daughter to a fatal complication of routine surgery.

I am confident that the doctors did everything they could — medically — to help Jahi. But I also know that the medical schools that teach us about respirators and brain death should also teach us about hand-holding and winning trust.

When a procedure goes fine, a good bedside manner can be a luxury. When serious complications arise, empathy and communication can be the difference between acceptance and a dangerous false hope. 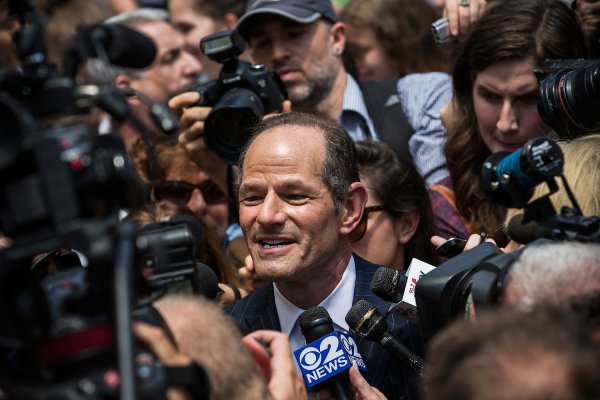 In Defense of Smart Women Who Fall For Jerks
Next Up: Editor's Pick