There Is No Longer Any Such Thing as a Typical Family

Pretty much everyone agrees that the era of the nuclear family, with a dad who went to work and the mom who stayed at home, has declined to the point of no return. The big question is: What is replacing it? Now a new study suggests that nothing is — or rather, that a whole grab bag of family arrangements are. More Americans are in families in which both parents work outside the home than in any other sort, but even so, that’s still only about a third.

University of Maryland sociologist Philip Cohen, the author of The Family: Diversity, Inequality, and Social Change, released his new study on Sept 4. He identifies the three biggest changes in family life in the past 50 years as the decline of marriage (in 2010, 45% of households were headed by a married couple, whereas in 1960 it was close to 66%); the rise of the number of women in the paid workforce; and the whole stew of blended, remarried and co-habiting families.

Families headed by single moms‚ whether divorced, widowed or never married, are now almost as numerous as families that have a stay-at-home mom and a breadwinner dad — about 22% and 23%, respectively. There’s been a marked in rise in people living alone and in unrelated people living together.

This is a huge change from the 1960s. “In 1960 you would have had an 80% chance that two children, selected at random, would share the same situation. By 2012, that chance had fallen to just a little more than 50-50,” says Cohen. “It is really impossible to point to a ‘typical’ family.”

To make his point, Cohen has created a chart, with what he calls a “peacock’s tail” of changes from 1960 to now, fanning out from a once dominant category:

Sources: the 1960 US Census and the 2012 American Community Survey, with data from IPUMS.org.

As you can see, about as many children are being taken care of by grandparents as are by single dads. Co-habiting parents, who barely registered in 1960, now look after 7% of kids. Meanwhile married parents who are getting by on just dad’s income are responsible for about a third of the proportion of households they were responsible for in 1960.

And the diversity goes deeper than the chart suggests. “The increasing complexity of families means that even people who appear to fit into one category — for example, married parents — are often carrying with them a history of family diversity such as remarriage, or parenting children with more than one partner,” says Cohen.

All of this is important Cohen notes, because policy is sometimes based on a one-size-fits-all model, which is no longer viable. “Different families have different child-rearing challenges and needs, which means we are no longer well-served by policies that assume most children will be raised by married-couple families, especially ones where the mother stays home throughout the children’s early years,” writes Cohen.

He cites social security as one policy stuck in the past: legal marriage and the earnings of a spouse determine retirement security for so many people. “A more rational pension system for our times would be a universal system not tied to the earnings of other family members,” he says. He also thinks universal preschool is long overdue, now that so many children’s mothers are out working.

And what of same-sex parents? Why aren’t they in Cohen’s chart? Because, although they get a lot of the attention, there simply aren’t enough of them to register yet. According to Cohen fewer than 1% of kids belong in families of this category. Even that figure may not be accurate, he says, because “at least half of the apparently same-sex couples in census data are really the 1-in-1,000 straight couples in which someone mismarked the sex box.” 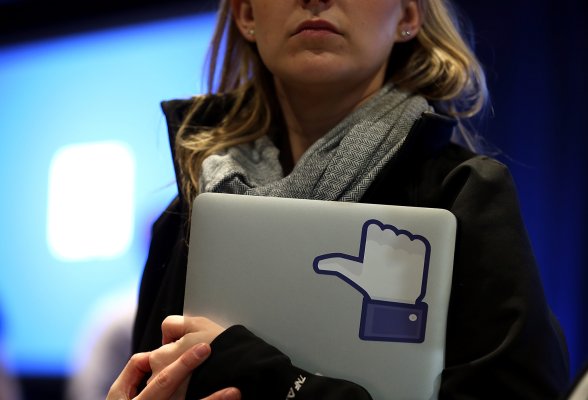 Mom's Facebook Rant Got Child Expelled from Preschool
Next Up: Editor's Pick