A man is pictured through the window of a bar drinking a pint of Guinness in The Temple Bar area of Dublin, Ireland on May 20, 2011.
Paul Ellis—AFP/Getty Images
By Dan Kedmey

Macrobrewer Guinness is taking aim at the microbrewing market with the launch of two new craft beers “inspired” by the painstaking brewing techniques from the 19th century, or as the company calls it, the “golden age of porters.”

The promotional materials lay a heavy emphasis on the historical lineage of the Dublin, Ireland-based company’s two newest beers, Dublin Porter and West Indies Porter, MSNBC reports. Dublin Porter, the company says, originated from a “1796 entry in Guinness brewers’ diaries” and tastes “sweet and smooth with malt and dark caramel notes,” while the slightly less dated West Indies Porter hails from an 1801 diary entry “for the first Guinness purposely brewed to maintain its freshness from one end of the world to another,” hinting at the mass production to come.

The resurgent interest in the scribblings of 19th century brewers may have something to do with the explosive growth in demand for craft beers that seem to be made with a smaller helping of machines and a bigger helping of painstaking labor, a la the 19th century, when brewers had little other choice. 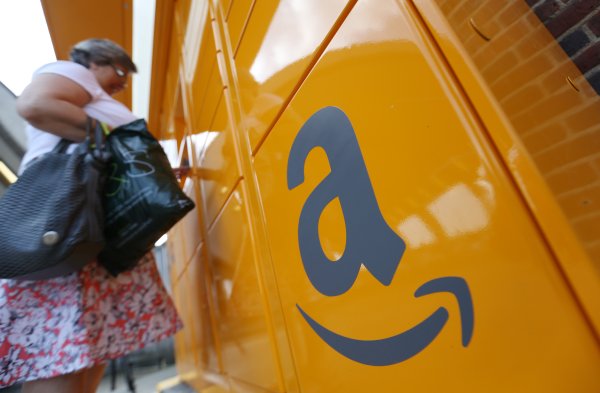 Amazon's CFO Is Stepping Down Next Summer
Next Up: Editor's Pick