Samsung and Oculus Teamed Up to Make This Virtual Reality Headset

In another bet that wearables are the future of tech, Samsung announced Wednesday a new virtual reality headset called the Samsung Gear VR. The new device will use the just-announced Samsung Galaxy Note 4’s 5.-7 inch screen as its display, while using technology developed by Oculus VR, a virtual reality company purchased by Facebook for $2 billion earlier this year.

The Samsung Gear VR will come with new virtual reality software developed by Oculus, including a virtual movie theater called Oculus Cinema and programs that let users play back panoramic photos and videos in a virtual reality environment. Oculus has been working on the Samsung project for at least a year, well before the Facebook purchase.

For now the Gear VR is only being released as a beta version, which means it’s aimed at developers and VR enthusiasts and not the general public just yet (just like the Oculus Rift). The headset launches in the fall, but Samsung hasn’t yet disclosed its price. 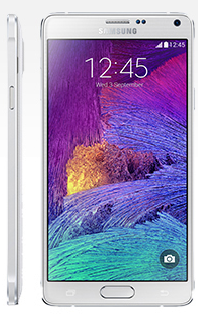