This video reveals the emotional moment when a seven-week-old baby hears his parents’ voices for the first time after getting hearing aids.

Diagnosed with moderate-to-severe hearing loss in both ears at birth, the little boy named Lachlan looks unhappy to have something shoved into his ear canal. But when his mother and father, Michelle and Toby Lever of Victoria, Australia, start talking to him, his eyes widen and a giant smile spreads across his face.

Lachlan, now two years old, has worked with therapists at Taralye “the oral language centre for deaf children,” in Blackburn Victoria. Michelle Lever told Daily Mail Australia that she hopes the video, by going viral, will reassure parents in similar situations: “I want them to realise that there is a lot of support and help available to them.”

MORE: Science Gave My Son the Gift of Sound 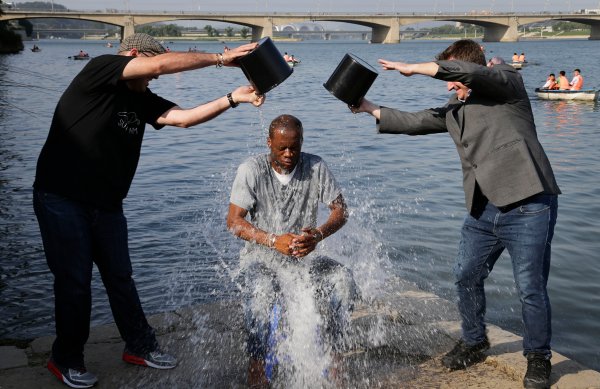