The task of caring for an aging parent is never easy, but it’s made even more difficult when Alzheimer’s has robbed them of the ability to remember who you are, let alone your name. Days or weeks can pass when children are nothing more than gentle strangers to their parents, until up from the fog floats a moment of lucidity.

Georgia resident Kelly Gunderson has been caring for her 87-year-old mother, Daphne Tresher, who Gunderson says has Alzheimer’s disease. To pass the time and document the experience, Gunderson has been making videos with her mother and had the cameras rolling when out of the blue, Tresher remembered her daughter’s name.

“I had been taping her, just asking her questions or singing, ‘Jesus Loves Me,’” Gunderson told Today.com. “That morning, I was just lying in bed with her, and we were just talking, and I decided to do a selfie video.”

In bed with her mother, Gunderson asked her if she knew who she was. That’s when Tresher surprised her daughter by saying, “Kelly.” In the video, the one-word answer caused Gunderson to lift her head from her pillow in surprise. The cameras captured the sweet and fleeting family moment as Tresher says, “Well, I love you, Kelly,” and Gunderson smiles, “I love you, Mama.”

MORE: Here’s Why Scientists Are Tripping Elderly People on Purpose 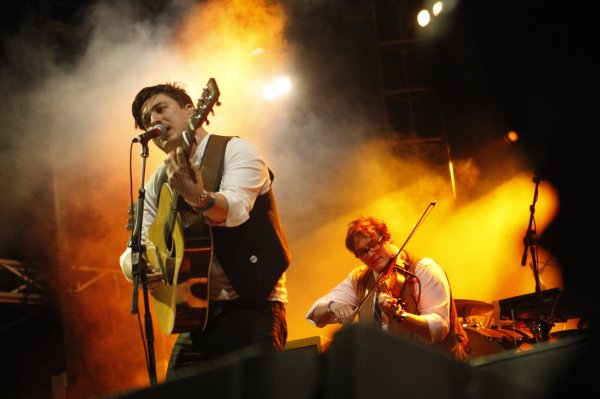 How Every Mumford and Sons Song Sounds Exactly the Same
Next Up: Editor's Pick