Don't Look: Beheadings, Stolen Nudes and Choosing to Be Decent

We live in the age of the image as weapon. Sometimes the crime is petty and lurid, as when, over Labor Day weekend, a cache of nude photographs of female celebrities was released online and spread through social media. Sometimes the crime is horrific and deadly, as on Tuesday, when ISIS released a video of the beheading of Steven Sotloff, the second journalist the group murdered on tape in recent weeks. (Disclosure: Sotloff contributed reporting to TIME.)

The two acts, clearly, are not nearly the same. One is theft, one is murder. One is a digital violation, one is physical violence.

But they have something important in common: the reliance on technology that makes it seamless to spread an image, almost instantly, across the world. And the reliance on an older piece of machinery to complete the violation: The human eye. The human brain. You.

It’s not just a matter, in either case, of someone doing a horrible thing and you witnessing it later. Here, the witnessing completes the act. That’s not to say that you, looking at your device, are the same as the terrorist or the hacker. But you are completing their aim: that many eyes, many places, see what they did, whether to terrorize or humiliate.

You didn’t swing the blade or hack the photos. But there is something you can do. You can choose not to look.

After the celebrity nudes were exposed, I saw variations on several arguments why it’s fine to look at them. “They shouldn’t have taken nude selfies.” Not your business. “They should have been more careful.” So what? If I leave my bike unlocked, you’re still a thief if you ride off on it. “They wanted someone to see them naked.” Not you. And not recognizing why that matters is pretty much the definition of being a creep. “I didn’t hack the pictures.” No; but someone did it with the intention of exposing their subjects before millions of people. You’re finishing the job for them.

With the beheadings, and videos of terrorist acts in general, the arguments are different. There was an argument, made forcefully after 9/11, that we shouldn’t whitewash terrorist violence. That we have not just a right but a duty to confront, say, the images of people jumping from the burning World Trade Center towers to remember the horror of what happened, to know what we we up against. But while the 9/11 attacks were in part a media spectacle, that’s a different thing from a deliberately filmed murder, a grisly performance meant explicitly to be shared for effect. The aim of the beheading videos are that you see them; watching them literally completes their purpose.

I’m not saying you’re evil if you watch one of these videos, or peep a stolen celebrity nudie. It’s about something less grandiose than evil, less widely discussed–but at least as important: decency. Decency, at least a very big part of it, is knowing that you are permitted to do a thing–it’s physically possible, it’s not illegal, no one can stop you–yet you shouldn’t anyway.

And it’s about something that probably every one of us who uses the Internet loses sight of sometimes: that at the other end of all these views and comments and transactions, there is, or was, an actual human person. That something is on video doesn’t make it a movie; that you’re seeing someone on your device doesn’t make them a video game character; that this naked person is an actress does not make looking at her against her will an entertainment.

These days, you can see almost anything. A lot of bad people know that and count on it. Sometimes the most powerful, most decent thing you can do is not to look. 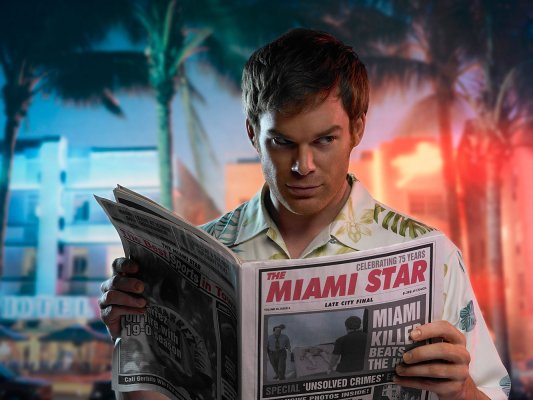 America's Dark Obsession With Vigilante Justice
Next Up: Editor's Pick